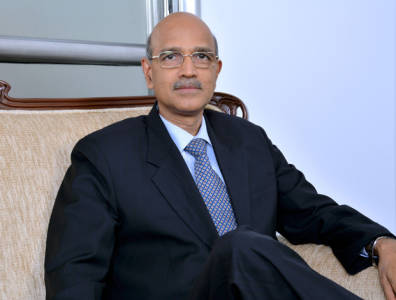 Improving fuel quality to comply with changing environmental rules and regulations has been one factor driving technological innovation.

Market forces: The growth of the private sector in India’s downstream

Essar Oil managing director and CEO Lalit Gupta speaks to TOGY about the role of the private sector in the Indian market and the effects of technological innovation and deregulation on the country’s retail sector. Essar Oil is a branch of multinational corporation Essar, entered India’s refining sector with the completion of its refinery at Vadinar in 2006 and began commercial production in 2008.

How have private refiners influenced the Indian market?

The private sector has also set benchmarks for their public counterparts with regards to energy efficiency, power costs and usability of heavy crudes. For instance, Essar Oil uses coal-fired stations to power its refinery, while most other refineries use fuel oil, naphtha or diesel to fire their power stations. We have demonstrated that producing power from coal saves about 15 percent in power costs compared to using oil to power stations.

What drives the technological requirements of India’s refiners?

Improving fuel quality to comply with changing environmental rules and regulations has been one factor driving technological innovation. Environmental standards for the production of petroleum products, particularly diesel and petrol, have changed substantially following the introduction of the Euro 3 and Euro 4 specifications. These standards require removing sulphur content. In order to do this, most Indian refineries had to be upgraded.

Additional technological changes are required to further process heavy oils which are cheaper and can increase the refinery’s profit margins. Such developments require establishing coker units and improving the complexity of the refinery to enable them to process heavier crudes and to further refine additional products.

For instance, Essar’s refinery had a Nelson complexity index of 6.1 in 2008, which was increased to 11.8 after a four-year upgrade programme. Higher complexities allow refineries to process crudes with very low API, high sulphur and a high total acid number, which are cheaper than light and sweet crude, therefore increasing a refiner’s profit.

How will the deregulation of diesel affect India’s retail sector?

Private companies such as Essar were not able to sell petrol and diesel from their retail network because prices offered by the private sector were much higher than those offered by public retailers who were benefiting from subsidies.

This will increase the choice for the consumer and will ultimately lead to better services and competitive pricing.

Why has Essar set up its refinery in west India?

The entirety of northwestern India has seven refineries so far, in Mumbai, Bathinda, Panipat, Mathura, Koyali, Jamnagar and Vadinar. The last three of them are coastal refineries located in the state of Gujarat, present on the maritime routes to the Middle East and Europe. This means that any refiner is located only four days away from the Middle East and can get crude oil tankers to feed their refineries at very economical rates.

For more news and features from India click here