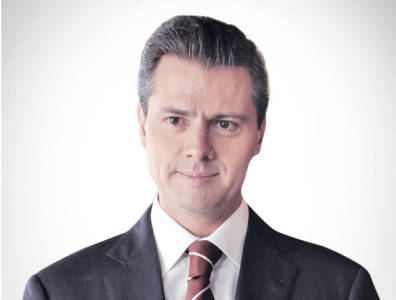 Mexican President Enrique Peña Nieto, who has guided Mexico through the energy reform process, discussed with TOGY the steps being taken to ensure a stable future for both the nation and foreign investment. The reforms implemented have already begun to take effect, with an increase of $24.2 billion in the combined foreign direct investment (FDI) of 2011 and 2012 to that of 2013 and 2014.

What are the obstacles associated with implementing the 2014 reforms and how is the government addressing these obstacles?
Implementation represents a major challenge in moving forward with the 2014 reforms. While it is true that these reforms will need a certain amount of time to mature, we have already seen a great deal of progress. For example, as a result of the labour and fiscal reforms, 714,000 jobs were created in 2014, one of the highest numbers in the past 50 years.
The fiscal reform has also played an important role in strengthening the stability of Mexico’s public finances, even in times of international volatility. It has allowed the country to eliminate the monthly increase in petrol prices and allocate more resources to areas such as infrastructure, technology and scientific research.
Mexico’s energy reform has made it possible to lower electricity rates in homes and industry. The electricity rates for the industrial sector fell from April 2014 to April 2015.

What other reforms have been implemented that may indirectly affect the energy reform?
To strengthen the institutional and democratic regime of the country, political reforms now allow for the participation of independent candidates in the election process and better monitoring of federal resources.
For the first time in the country’s history, gender equality is present in the registration of candidates for both federal and local legislators. Also, the Transparency and Access to Public Information Law and the National Anti-Corruption System were recently approved. These measures were enacted to strengthen the Mexican state´s capacity to overcome situations that have an affect on public institutions.

How do you intend to increase investor confidence in Mexico regarding issues of security, particularly in the country’s northern states?
Mexico has become a highly attractive destination for both domestic and foreign investment. In 2013 and 2014, it received more than $66.7 billion in foreign direct investment, an increase of around $24.2 billion from 2011 and 2012.
To continue building trust with investors and allowing Mexicans to live more peacefully, it is necessary to reinforce the country’s security measures. My administration has put into place the Public Security Policy and Law Enforcement Initiative, which increases collaboration between all levels of authority. As of 2015, we have neutralised 93 of 122 relevant criminal objectives identified by this administration, most of them without a single shot being fired.

How does the 2015 US-Mexico joint task force collaboration on climate change policy issues fit into the nation’s energy activities?
In March 2015, at the UN Framework Convention on Climate Change, Mexico committed to reducing the effect of greenhouse gases by 22 percent and black carbon emissions by 51 percent by 2030. We are currently the only developing country to make this commitment, which will also serve to strengthen the US-Mexico joint venture task force, implemented as a means of combating climate change.
Pemex has shown its commitment to this venture by implementing measures to produce clean, sustainable energy. The company has significantly reduced gas flaring and carbon dioxide emissions. It has also constructed key refineries to enable the production of ultra-low sulphur diesel. In 2015, we will begin incorporating the use of this fuel in the country.
A development strategy for electricity cogeneration projects, in which steam and natural gas will be used in the new installations instead of fuel oil, has also been initiated. These are concrete examples ensuring Mexico will have a greener and more sustainable energy future.