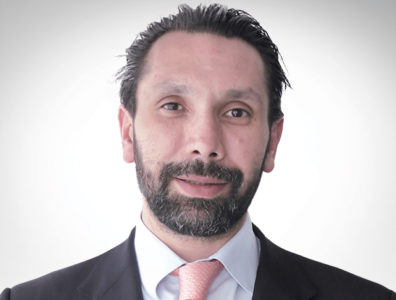 Deep waters are important, but strategically, Mexico should allocate its resources to heavy oilfields because of its volume and level of uncertainty.

Mexico's minimum rate of return for Round One licences30%

Mexico's maximum rate of return for Round One licences60%

Ainda Consultores director José Pablo Rinkenbach talks to TOGY about the lessons learned from the 2015 bidding rounds, measures needed to improve the production of heavy oil, increasing investment in new blocks and the current trends in the professional services sector. These issues are discussed in light of the ongoing Round One and the recent changes brought about by Mexico’s energy reform.

How have the Mexican government and domestic industry evolved following the first tenders of Round One?
At the beginning of the process, many analysts suggested that the authorities were not ready for the market’s feedback. The government invited proposals from bidders, and in response to this feedback, the Secretariat of Finance and Public Credit changed the internal rate of return cap in Round One by a minimum of 30% and a maximum of 60% from the previous amount.
There were some difficulties in attracting enough interest from investors at the early stages of Round One. This was the best thing that could have happened to the process, as it allowed the government to be more sensitive and change contractual terms.
As such, Mexico has granted licences in tender three instead of production-sharing contracts (PSCs). While PSCs would provide the government with more control, this contracting vehicle failed to take into account the high demand for know-how and human capital that would be needed in the CNH for the oversight and evaluation of those PSCs.
The CNH should have a good level of oversight on the contracts. However, it does not have the necessary resources to do this. With current price levels for the upcoming deepwater round, there are serious doubts that heavy oils and deepwater production are economically profitable at prices below USD 50 per barrel. Perhaps the industry should look at production from onshore projects.

What measures should the government take to motivate the private sector to develop heavy oilfields?
The government could implement policies on capital expenditures and contract models, and favour licences over PSCs to incentivise private sector development of heavy oilfields. Additionally, if the government is going to reassign Pemex’s production facilities, it is important that it defines the way it is going to handle their decommissioning. Most of them come with hidden liabilities.
Another factor is the size of the blocks. Guarantees and arbitration have been discussed, but the areas set for exploration on these phases are still relatively small.
A final key issue is that there are several production fields, but not as many devoted to exploration. Even then, investors prefer to acquire a new company with proven reserves, rather than take the risks attached to exploration. Investors are more interested in producing with efficiency.
More than 50% of the country’s reserves are in heavy oilfields. The technological challenge of heavy oil is much greater than deepwater oil, and the government has neglected this issue. Mexico will have to show its willingness to adapt. Deep waters are important, but strategically, Mexico should allocate its resources to heavy oilfields because of its volume and level of uncertainty.
The heavy oil that can be developed in Mexico’s shallow waters cannot be found anywhere else in the world. The country must focus on thinking about adapting its refining capacity and ways to lighten its heavy oil resources and make that oil commercially viable. Currently, the country is not focused on these challenges.

What has the Mexican government done to make licences more attractive?
According to solvency and liquidity parameters, Pemex must classify its projects and decide which ones to keep based on net present value. After that, it should find alliances for the rest. These are the projects that will have to be included in farm-outs, but Pemex must speed things up. With farm-outs, Pemex can use its partners’ money to finance the projects it keeps.
This will take some time because Pemex is currently undergoing a period of internal restructuring. The company has just finished setting up its affiliates, which include Pemex Industrial Transformación, Pemex Exploración y Producción and Pemex Logística. In November 2015, the NOC began with the industrial changes. These types of changes are often lengthy and distract managerial attention.
For example, Petrobras’ transformation took 10 years, from 1995 to 2005, when the price per barrel of oil was USD 100. With current price levels, Pemex’s transition should take no more than a few years. We are not under the same market conditions as we were back then, but I am not sure there is a sense of urgency to implement the necessary changes.