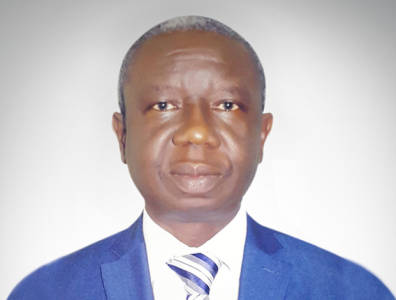 New moves from the government

TOGY talks to Olumide Adeleke, deputy director of the Nigerian Department of Petroleum Resources’ (DPR) engineering and standards divisions, about modular refinery projects, crude supply for refineries and strategies to reduce gas flaring. The DPR, a branch of the Ministry of Petroleum Resources, regulates the oil and gas industry in Nigeria.

Why were modular refinery projects slow to take off?
During former President Olusegun Obasanjo’s regime, the focus was on the private sector taking over the refinery business in Nigeria. It looked like a good idea to develop the private sector and take the government away from refining and selling products, but the financing at the time did not favour that policy.
About 21 licences were issued in 2002. They had two years to develop and come up with some kind of detailed work that could allow refinery construction to begin. At the end of three years none of them were able to do that.
Funding of these projects have to come from private investors, who have to do their own assessments for the group and advise whether they should risk their own money on that project. Obviously, from what we discovered, there were people willing to do the funding, but the counterpart funding and the in-country guarantees were the major problems.
At that time, companies licensed to build refineries said they needed more time because they were just beginning to understand the investors and the environment. In 2007, we introduced a statutory window that allowed them to renew their licences, which gave them more time to achieve the goals. After that, nothing happened. It was obvious that something needed to be done about the issues of in-country risks – financing, security situations and the availability of crude oil – around these projects.
We also had some engagements with the authorities to evolve a policy that investors in upstream projects should integrate a downstream project like crude oil refining in their scope of work before grant of statutory approvals. Licensed private refinery proponents were to be advised to share the risks; two or three people proposing to refine 100-200 bpd each can pull resources together and qualify for financing to build a 200-bpd refinery, for instance. Licensees who are not comfortable with the proposed partnership can scale down to modular refining and get a better atmosphere to attract financing.

Have modular refinery projects become more successful?
We went to the international market and industry to ensure that plants that comply with best practices in terms of yield, quality and environment (residue and effluent management) are approved for construction.
I think the above led us to the first 1,000-bpd modular refinery built by an indigenous operator, NDPR at Ogbele. That was very encouraging.
Even as we speak, that company is increasing capacity by 5,000 bpd in the next few months in hopes that it might come up to 6,000 barrels per day, which is a good progression. Additionally, we have other indigenous oil producing companies such as Waltersmith trying to do 5,000 bpd.
We’ve also seen other players interested, and a total of 22 applicants have been given permits to do modular projects. We are monitoring their progress to see how we can positively and statutorily enhance their completion. The whole idea is to give many people the opportunity and let them exercise their skills and explore their business experience and financial contacts. If they come back to build, that’s good. That’s where we are right now. We need to do that.
It is on the record that those who have installed crude oil refining capacity have challenges, hence the persistent experience of products shortages in an environment with continuous annual energy demand. In-house studies have shown that even if 100% utilisation were achieved on installed capacities, the nation will still have to process some 550,000 bpd more just to meet the current projected local demand.

Are there plans for modular refineries to service local areas?
Yes. We have also improved the turn-around time for grant of statutory approvals and licences for new modular refinery projects as these can be processed and obtained internally. Crude oil availability corridors have been mapped out around the Niger Delta oil producing areas and the crude oil supply pipeline system for ease of site acquisition. Crude oil could also be supplied from Chad or Niger because there are opportunities there for crude oil supply that is far cheaper than piping the crude from the Niger Delta. Most modular refineries are more efficient when sited close to the production fields.

How does the government plan to address issues of crude supply?
Right now I don’t see that as an issue. I think concerns about crude supply are speculative, and it’s good for investors as they are the ones doing the business. They have to check everything well.
Current government policy states that newly established private refineries are guaranteed crude oil supply. Now, should there be any issues, the government will guarantee at least 60% of needed crude supply, which will let the refineries run quite efficiently and at maximum turndown ratio. It’s been documented under the fiscal incentives, guarantee and assurances section of the current procedure guides.
Government policy focus has been to refine 50% of crude oil produced locally. Nigeria should be able to start exporting refined petroleum products rather than crude as it does now. The journey has commenced as Dangote is building a 500,000-bpd refinery in Lagos.
You can draw a parallel to the gas policy, in which government is saying you have to satisfy the domestic market before exports. I believe domestic demand for refined products will have to be met with similar approach; otherwise, crude will continue to be exported. There must be deliberate effort to improve refinery capacity in-country.

How do transport issues affect crude supply?
The logistics of getting crude oil to the refining site in most cases is a stand-alone pipelines project and the cost is a function of the distance. Here funding issues come up again.
For some time, government was looking into the issue of open access policy. This was mentioned in some older versions of the PIB, and we have some sections about aggregators and how pipelines should not be exclusively operated by the companies that established them, especially if other operators are along the corridor. Those kinds of policies have been looked into to ease logistics of crude oil production, treatment and refining.
This is to ensure low-cost connectivity for crude oil transportation and supply that upcoming modular or conventional refineries can benefit from. This practice is in operation to an extent between some major and indigenous producers.

What timeline do you see for issues such as fuel shortages to be a thing of the past?
That has to depend on the synergy of a few things and not just the setting up of the plants. You have to optimise the size of facilities you want to set up. It requires a deep study of nationwide petroleum products requirement and their demand profile, over a period, based on statistics of plants and machinery in place.
DPR internal studies show that we need additional 550,000 bpd installed capacity to meet local demand, assuming the nation attains and sustains optimum throughput of existing crude oil processing facilities. Even if the Dangote plant were to be commissioned now, it would make a significant difference, but still would not be able to meet the demand. Giving the ever-growing energy demand of more cars, transport systems, generators etc., in the next six years our local refining requirement would be about 1.3 million barrels per day.
There is this aspect of product slippage into other countries, which no one has been able to accurately report. It’s likely that the consumption figures we have will not be accurate until this issue is addressed. If the country concertedly ensures establishment of adequate and functional refining capacity and evolves a strategy to stop slippage, we will begin to see some relief. Otherwise, it will be the same cycle over and over again.

How can the government incentivise people to build the infrastructure needed to process gas rather than flaring it?
The companies are flaring deliberately. There have been interactions on this issue over the years as the operators have argued that it’s much more costly to establish gas utilisation infrastructure than for them to flare. It’s easier for them to flare and fix the leaks.
If the government were resolved and put commensurate gas flare penalties in place, that would be the driver for someone to say, “Let’s do the projects, let’s stop flaring.”