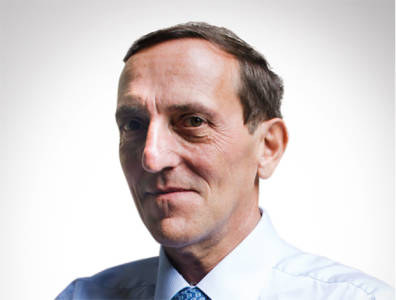 About 52% of Argentina’s energy matrix relies on natural gas and gas is likely to continue playing an essential role here, even though renewable energy sources such as solar or windmills will increase their contribution to the country’s power needs.

Amount of exploration and appraisal wells drilled by Total Austral in the block: 20

TOGY talks to Jean Marc Hosanski, managing director of Total Austral, about the importance of developing natural gas projects in Argentina, the company’s planned projects for the near future to replace the production of declining fields and the potential for renewable energy as a substitute for traditional hydrocarbons.

What is Total’s history in Argentina?
We started with an important exploration campaign in Tierra del Fuego after signing exploration contracts as operator of the Consortium Cuenca Marina Austral-1 (CMA-1) with Wintershall and Pan American Energy.
This offshore exploration campaign resulted in the discovery of the Aries and Carina fields and was followed by the southernmost oil development in the world in Hidra, with two production platforms.
In the 1990s, we continued performing exploration and delineation as well as developing the onshore Cañadon Alfa and the offshore Argo field, with two subsea wells connected to the Hidra platforms.
The story continued in 2001-2003 with the development of the Carina and Aries natural gas offshore fields. Our latest offshore development, Vega Pleyade, is the world’s southern-most gas development worldwide and it started producing in February 2016 from a new two-well platform.
To cope with all the production from these fields, we built two processing plants onshore: Rio Cullen for oil treatment, and Cañadón Alfa for gas treatment, which is connected to the San Martin gas pipeline that reaches Buenos Aires.

What has been the company’s role in Neuquén?
We have been present in the Neuquén province since 1994 as operators of the San Roque and Aguada Pichana blocks with YPF, Wintershall and Pan American Energy.
In Aguada Pichana, we have developed conventional and tight gas using fracking and horizontal wells. Aguada Pichana is basically a gas-prone area, while San Roque is a mix of crude oil and natural gas. This area produces some 12 mcm [424 mcf] of natural gas per day.
In addition to conventional activity, we started early in 2009 taking position in blocks with unconventional potential. We are present in 11 of these blocks and we operate six of them. We have drilled more than 20 exploration and appraisal unconventional wells and we are carrying two pilot projects; one of them is in Aguada Pichana with 12 horizontal dry gas wells. This pilot is already producing almost 20% of the block’s total production, so it could trigger an important development.
The second pilot we are developing along with our partners Shell and Gas y Petróleo de Neuquén is in the Rincón la Ceniza block. This a wet gas pilot with horizontal multi-fracked wells and the first results are very encouraging, too.

What do you hope will be the impact of Vega Pleyade going into production?
First, we need to emphasise that developing offshore gasfields in these latitudes, not so far from Cape Horn, is quite challenging. Mobilising equipment offshore in this southern region where the offshore activity is very limited is very costly.
However, we have been able to increase over time the production from Tierra del Fuego and our objective in the long term is to maintain a high plateau of production and to increase it in function of the processing, transportation and market limitations.
Vega Pleyade allowed us to increase our gas injections from 18 mcm [636 mcf] to 21 mcm [742 mcf] per day, thanks to the excellent productivity of these wells. It will also compensate over time the natural decline of older fields.

What is the future of the CMA-1 block?
The next field candidate for development could be Fenix. We carried out a delineation campaign of this field at the same time that we were developing Vega Pleyade in 2015 to take advantage of the mobilisation of a jackup rig to the area.
This campaign confirmed the potential of the Fenix offshore field that could be developed in coming years.

What are the prospects for the natural gas market in Argentina?
About 52% of Argentina’s energy matrix relies on natural gas and gas is likely to continue playing an essential role here, even though renewable energy sources such as solar or windmills will increase their contribution to the country’s power needs.
Argentina currently imports 30% of its natural gas demand in several ways, including LNG and pipelines from Bolivia and Chile, and is also substituting gas with fuel for power generation, which is more expensive.
In 2015, the country had a deficit of 25 mcm-30 mcm [883 mcf-1.06 bcf] per day. New gas developments are needed, not only to reduce these costly gas imports, but also to compensate for the natural decline of the existing fields and to supply the gas demand increase.
We estimate that 100 mcm [3.53 bcf] per day of new gas production facilities will need to be developed over the next 10 years.
The good news is that Argentina has the natural resources to do this. There is still a lot of potential offshore Tierra del Fuego, and the offshore areas in all the Argentine basins have only been barely explored, particularly deepwater offshore. Unconventional potential is also very clear with Vaca Muerta.
The challenge is to ensure that those domestic resources can be developed and that the huge investment necessary can be financed.

What has been the impact of the government’s Gas Plan?
In 2002, the price of gas was suddenly “pesified” and fixed. This inevitably made all gas projects non-economical and discouraged investment. Gas production started to plummet and Argentina became a gas importer a few years later.
In 2012, the Gas Plan designed by the authorities aimed at giving potential investors visibility and security by setting up a higher internal price for gas produced from new projects. It worked reasonably well as several gas projects were launched thanks to this scheme, including in our case the Vega Pleyade project and the first shale gas pilot projects.

What have been the major challenges to achieving commercial production at Total’s shale projects in Neuquén?
The three key parameters to make shale gas projects viable are costs, gas productivity and prices. In terms of productivity, we have proven that the play is of very good quality. The results we obtained from Aguada Pichana are very encouraging, probably the best so far in Argentina.
Shale gas is fundamentally a drilling and fracking industry. As productivity of the reservoir is naturally low, you drill more wells to produce the same amount of gas and you create the missing permeability by fracking. It is a rather capital intensive process, and as natural decline is high, a significant amount of gas proceeds need to be re-invested to maintain or increase the production. Reducing unit costs of all these operations is crucial to make sustainable shale gas projects.
In Argentina, only some 600 wells in shale plays have been drilled, compared to the more than 100,000 drilled in the USA. We need more contractors, more competition, more productivity and more efficiency in all elements of the value chain including well preparation, drilling, completion and fluid treatment.
We have to do all of this in a reasonable and industrial and environmentally secure way, because Vaca Muerta is an area blessed with water resources. Although the area has a low population density, we also need to make sure that the environmental footprint is minimal and that the development benefits communities.

How can knowledge gained in the Vaca Muerta play be applied to Total’s operations elsewhere?
Total is active in several shale plays, in particular in the USA. We are leveraging on the experience gained in the USA operations to improve our activity here.
Argentina is the other focus area for the Total Group in the unconventional activity. We see Argentina as a very significant potential growth area and we also believe that if the industry properly tackles the challenge of cost reduction, thanks to its unconventional resources, it will be able to recover its self sufficiency in gas and regain in a few years the status of energy exporter he had in the past.