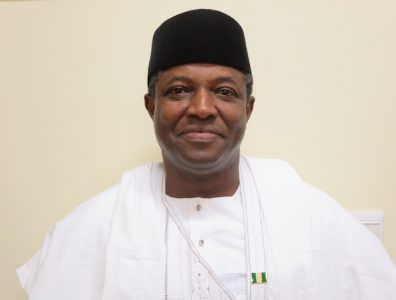 Angola has a growth potential that places it among the most promising oil and gas prospects worldwide.

Date of the election of the new Nigerian presidentMarch 2015

Nigeria comments on growth in Angola

Nigerian Ambassador to Angola Otunba Folorunso Otukoya talks to TOGY about the potential for Angola’s oil and gas industry to grow by drawing on Nigeria’s experience, as well as the similarities between the two countries. Nigeria and Angola are respectively the first and second-biggest oil producing countries in Africa.

What could Angola learn from measures the Nigerian government has taken to attract foreign investment and develop the country through its hydrocarbons industry?
Over the past three decades, petroleum-based revenues have been critical for the economic development of the two countries. The Angolan government is on the right path to modernise its economy and to make it less dependent on hydrocarbons resources.
One aspect that might need to be addressed is the liberalisation of the immigration system. At the moment, Nigeria has an open-door policy to any individuals interested in contributing to the country’s development. Long-term visas are available to most applicants without undue delay.
Recently, the Nigerian government introduced a new visa policy enabling foreign investors to obtain entry visas within 48 hours of submitting required documentation. Nigeria has been able to attract labour as well as new business ideas and investors through this approach. This strategy has allowed for an overall boost to knowledge-sharing in different economic sectors, and in particular, in the oil and gas industry.
Another area of interest is investment quotas and transfer of incomes. In 1995, Nigeria abolished all the restrictions that limited foreign shareholding of enterprises active on Nigerian soil. Thanks to this new approach, the country has been able to foster the petrochemicals sector, which has in turn enabled higher involvement of local content.
Insisting on 51/49 ownership rule in favour of local entrepreneurs may hinder the flow of foreign investments into the country, limiting the its development. Measures will be taken in due course to amend such provisions.

Does Angola’s population, which is one-seventh the size of Nigeria’s, hinder the development of the local oil and gas industry
The size of the Angolan population should not affect the growth of the local hydrocarbons industry. Other positive aspects are poised to counterbalance the lack of local content. Unlike Nigeria, the majority of the population is concentrated on the coastline. Spreading the wealth in Angola is a much easier task than it is in Nigeria, where a significant part of the population is located in remote or rural areas.
Although 27 years of civil war have impacted Angola’s recent history, the country has enjoyed political stability for the past 13 years. Angola is now considered one of the safest places for international investors on the African continent.
The quantity of the country’s hydrocarbons resources is unparalleled. Angola has a growth potential that places it among the most promising oil and gas prospects worldwide.
On top of that, all the major international oil companies are already in the country with long-term business strategies. This scenario is also attracting Nigerian enterprises interested in exploiting Angola’s onshore hydrocarbons.

How will the bilateral relationship between Angola and Nigeria evolve?
Nigeria’s longstanding relationship with Angola is very important. Angola and Nigeria are linked by several common aspects, among which oil and gas production is perhaps the most talked about.
In May 2015, during the inauguration of President Muhammadu Buhari, the Angolan leader issued him an open invitation, and both leaders expressed their desire to strengthen collaboration between the two countries.

How do Nigeria and Angola collaborate with each other in the oil and gas industry?
The Angolan economy is growing at a very fast pace, and the two countries are at the forefront of the continent’s hydrocarbons production. Collaboration between the two sub-Saharan nations will be crucial in making Africa a global base of progress.
In the African region, oil is mainly produced by Nigeria, Angola and Algeria. The three countries are also represented in OPEC.
Given the downturn in oil prices, one common goal is to come up with an oil quota to reduce output and increase oil prices. A further means of collaboration is knowledge sharing. Nigerian engineering companies have been entering Angola to help support Sonangol’s exploration and production activities.