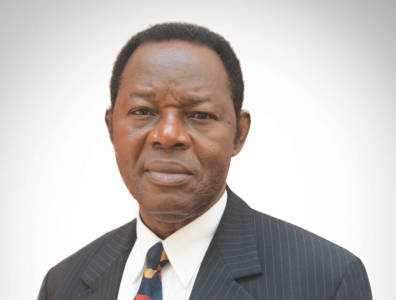 There are kinks all up and down Nigeria's gas-to-power supply chain. The biggest kink is in the transmission and distribution section of the chain.

Price of diesel per litreUSD .72 cents

Price of petrol per litreUSD .42 cents

Patrick Nzekwe, managing director of Clarke Energy, talks to TOGY about the power deficit in Nigeria, what can be done to extend the power grid and the stopgaps that have been put in place until the power infrastructure is improved. Clarke Energy is a supplier of GE Jenbacher generators and specialises in quad generators and captive power plants.

Despite being one of the largest economies on the African continent, why does Nigeria have such a large power deficit?
Nigeria was under military rule from 1966 to 1979 and again from 1983 to 1998.  During the juntas, no one took up the task of improving the power installations. The Nigerian economy was still steadily growing, so power policy was abandoned until frequent power cuts occurred and it became an issue for everyone.
Once Nigeria returned to being a democracy, the power deficit was staring everyone in the face, and the new government started spending money to begin recovering what had been lost, as well as to improve and build what had never been. During the dictatorship, they were not trying to improve power, technology and equipment or add turbines. We were just using what was available without maintaining it.
Even though Nigeria is number one in terms of economies in Africa, it is much farther down on the list in terms of supplying its power needs. Some reasons for the deficit have not only to do with expansion of population and business, but also with the physical size of Nigeria in comparison to other African nations. Constructing and installing a network of power stations and lines throughout Nigeria is no simple task.

What are the biggest hurdles in maintaining the power supply chain?
There are kinks all up and down Nigeria’s gas-to-power supply chain. The biggest kink is in the transmission and distribution section of the chain. Even if we were to have more power available to put on the grid, we couldn’t transmit and distribute it. If you load more power into our current system, it will crash.
Nigeria has very aged power lines and a very aged transmissions system. Power cables running to the hinterlands are occasionally cut, and a densely populous city can be without power for weeks on end. Along with replacing the cables, we need to replace all of our mechanical equipment, most of which is up to 50 years old. For example, some major transformers are now defunct, so the government has started a pilot scheme to try and replace them.
Transformer replacement, as well as protection and maintenance of what exists are all a part of the new initiative.

Why does diesel have the greatest market share among petroleum products domestically?
With all the work that needs to be done to our power systems and infrastructure, most businesses use captive power plants, and most people use diesel-powered generators. Diesel-powered generators are vastly more expensive to run over the long term than petrol-powered generators. The price ratio of diesel to petrol was on average USD 0.55: USD 0.20. In the past year, diesel has become cheaper in relation to petrol, although petrol is still much less expensive with the current ratio of USD 0.72: USD 0.42.
Apart from diesel being more expensive, there is also the added deterrent of being sold contaminated diesel that is ruining your generator, whereas petrol is non adulterated. Some of those selling diesel will dilute and contaminate diesel, oil, kerosene and all sorts of petroleum products just to make quick cash.
In order to combat these suppliers of shoddy diesel, any generator should have a filtration unit, or centrifuge, to separate the dirt from the oil and ensure that the quality of the oil is up to standard. A damaged generator is expensive to maintain and even more expensive to replace. Using a gas-powered generator protects against the risks of your fuel damaging your generator’s engine.
While well-established businesses have the system set up, the workforce and the understanding to be aware of these potential pitfalls, the public or small business owners have not yet grasped the long-term concept of keeping their generators maintained and working smoothly. This lack of understanding comes not only from a lack of education, but also from a lack of exposure to using generators, especially for those in the north of Nigeria who don’t have as much access to petroleum products.

Why is there such a dearth of petroleum products transported to the north of Nigeria?
Unsafe roads are the main reason for the staggeringly low amount of petroleum products being distributed to the north.
For large tanker trucks carrying the product, these roads can be dangerous or fatal to them and others in the surrounding areas. There are a myriad of accounts of tankers getting into accidents, tipping over and leaking fuel onto the road. As a result of these accidents, people have sustained serious or fatal burns and homes have been set ablaze.
Nigeria used to have a railway system for these purposes which was cheaper and safer, but our railroads are no more and that is a big part of the problem when it comes to petroleum product distribution to the north.
Diesel still continues to dominate the generator scene and the market share of petroleum products used in Nigeria. It is more profitable to use LPG, CNG or LNG domestically, but for now most of it is exported. The drop in the fuel prices has lowered the price of diesel for the time being, but a long-term solution to injecting alternative petrol into the domestic market is worth looking at.