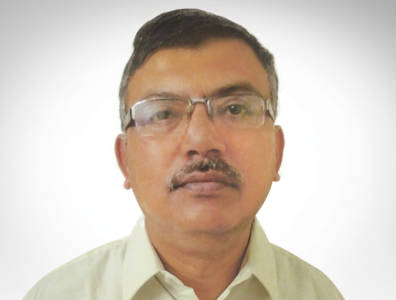 Efforts are now underway for the monetisation of the Lassa discovery, but we’ve encountered some challenges. There is no established oil and gas infrastructure in the vicinity with the nearest pipeline over 150 km away.

Oil India Limited, known as OIL, General Manager Indrajit Barua talks to TOGY about the company’s ongoing upstream activities in Gabon’s oil and gas industry, touching on the company’s new PSC and its activities in the Shakthi2 block in the Interior sub-basinof onshore Gabon. Operating primarily as an E&P company, OIL leverages its strategic alliance in Gabon with Indian Oil Corporation Limited (IOCL), a major refiner of crude oil and marketer of petroleum products.

What are the most recent developments at the Shakthi-2 block?
In January 2014, OIL signed a new PSC, G4-245, with the Gabonese Ministry of Petroleum and Hydrocarbons for further exploration at the Shakthi-2 block. OIL has a 50% interest in this block and serves as the block’s operator. The remaining 50% belongs to IOCL.
The new PSC is divided into three phases, each with a three-year period, so we are still in the first phase of the programme. We are aggressively moving forward with exploration activities and have completed a major part of the work commitment under the new PSC in the first phase itself. The first phase consisted of drilling two appraisal wells (Lassa-2 and Lassa-3) for delineation of the Lassa discovery as well as acquisition of 2D seismic data.

Have you encountered any difficulties in developing the asset in terms of logistics and available infrastructure?
Efforts are now underway for the monetisation of the Lassa discovery, but we’ve encountered some challenges. There is no established oil and gas infrastructure in the vicinity with the nearest pipeline over 150 km away.
Preliminary discussions have been initiated with the regulatory authorities for road transportation adhering to all environmental guidelines. One of the feasible options is to truck the oil to the nearest pipeline at Maural & Prom’s Onal field and thereafter to the Cape Lopez terminal.

Which remaining exploration activities is OIL performing on the Shakthi block?
During OIL’s exploration campaign under the first PSC, we completed an aeromagnetic survey, acquired 1,038 km of 2D seismic along with 140 square kilometre of 3D-seismic data and drilled three exploratory wells in the Block. The exploration efforts led to the Lassa discovery.
In the current exploration campaign 1,213-line km of 2D seismic data has been acquired through its service provider. The operations have been completed well within schedule.
During the 2D-seismic survey campaign, the service provider, M/s Sinopec (SIPSC), Gabon,, employed more than 400 local people during the operations. Seismic processing and interpretation was undertaken by Geofizyka Torun in Poland and the results have been recently submitted. Evaluation of the results is currently underway.

How would you rate OIL’s interest in Gabon’s deepwater plays?
OIL has been operating primarily in onshore blocks internationally but is expanding its wings to offshore areas and is therefore closely following the new bidding round for five offshore blocks. It could be interesting for OIL’s strategy as the company already has offshore partnering stakes in Mozambique and India.