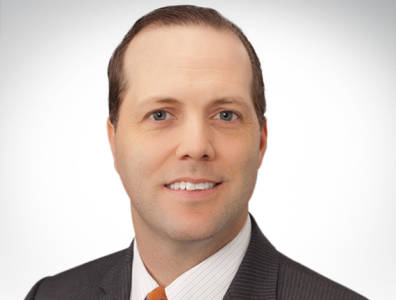 This is a period of significant opportunities for companies that have access to multiple forms of capital. However, as the commodity environment improves, it will be harder for SMEs to compete against the largest players in the world.

Date Round One phase blocks were awarded: July 2015

TOGY talks to Tim Duncan, CEO of Talos Energy, about the advantages that private equity firms have during this downturn in the energy industry, the importance of partnerships for foreign small and medium-sized enterprises (SMEs) and the evolution of contractual terms in Mexico’s Round One bidding process. The company has extensive experience in obtaining developed deepwater and shelf assets in the Gulf of Mexico and adding value through additional exploitation and exploration drilling.

What advantages do firms funded by private equity have during this period of low oil prices?
Private equity-funded operators have a distinct advantage in this low price environment, as they do not rely on public markets, providing financial flexibility. Private equity-backed companies can raise money from their sponsors independently of external pressures.
With respect to our acreage position in Mexico, investments can be made at a time when the costs of goods are lower. By the time the market recovers and once production begins, it will take a shorter time to recoup the capital invested. This is a period of significant opportunities for companies that have access to multiple forms of capital. However, as the commodity environment improves, it will be harder for SMEs to compete against the largest players in the world, such as Shell, Chevron and ExxonMobil. It is important that SMEs position themselves by pursuing an opportunistic investment strategy, which is something we are trying to do.

How important is it for foreign SMEs interested in entering Mexico to establish local partnerships?
Partnerships are important, given the high degree of technical, operational and commercial acumen a foreign operator may already possess. This is particularly important for a company that may be unfamiliar with the local market.
Local partners are valuable for two reasons. First, they have local expertise and knowledge, and they can help foreign companies navigate the changes triggered by the 2014 energy reform. Our local partner Sierra Oil & Gas has been invaluable with the help they provided to us early in the process. Local companies also bring teams that can independently validate existing technical assessments in a producing basin they are more familiar with.
International partners, such as our partner Premier Oil, are valuable for local companies, as they can providing feedback comparing the overall technical and commercial opportunity to similar projects around the globe.

Given the current shallow-water contractual terms, how will Round One and future bids evolve?
We expected the contractual terms in the first call to be less attractive than the contractual terms in subsequent calls, but less competition in the first call probably helped us. However, the public institutions involved, such as the country’s upstream regulatory body, the National Hydrocarbons Commission, have been listening to industry and independent experts as the bidding process has progressed. They are making an effort to understand the industry’s perspective in subsequent rounds, such as providing minimum bids, more flexibility with forms of surety for the minimum work programme, and after signing the contract, being interactive with regards to what is appropriate for the environmental survey, as examples.
One of the biggest positive changes made from the first to the second call was posting the minimum bid requirements. Minimum bids do not matter for the very best opportunities that will always be competitive, and bid well above a minimum hurdle. However, publishing minimum levels a week in advance will allow more people to participate with better clarity of expectations and prevent reasonable bids from being rejected. As a result, the government will have more assets developed.
Operators are also doing what they can to communicate any potential issues to the government. The current institutional framework facilitating the whole process is very transparent. Due to their limited influence, transparency is particularly important for SMEs. It is very encouraging that SMEs are able to compete against prestigious international companies such as Norway’s Statoil and Italian operator Eni.

What have been the benefits of the energy reform?
The reforms are about attracting as much foreign investment capital into this sector as possible, which can come in multiple ways. We are seeing that large international companies such as Russia’s Lukoil and China’s CNOOC [China National Offshore Oil Corporation] have to compete against much smaller companies such as ourselves.
The onshore call three attracted even more companies, and I think we will see US majors such as Chevron highly involved in the deepwater call. This level of interest from such a variety of participants has been the result of the efforts made to make sure that the barriers to entry were not too high, which is a key for SMEs, particularly those sponsored by private equity. What is so important about the inclusion of private equity capital is not only that is it an enormous source of capital being invested directly into Mexico, but also that it will likely invest in and help start local companies across the energy industry. This will be not only upstream, but midstream and downstream as well.
The only way that SMEs such as Talos Energy can be successful is if the government designs policies that allow everyone to compete on a transparent and reasonably level playing field. This is the greatest legacy of the energy reform.