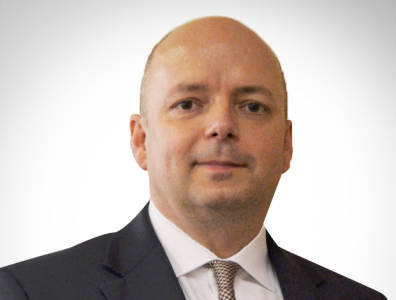 The European Bank for Reconstruction and Development (EBRD), an international financial institution founded in 1991, promotes investment and invests in developing economies. In 2015, the institution made six direct investments in Azerbaijan. Neil McKain, head of the Baku office, talks to TOGY about the importance of Azerbaijan’s large energy projects, the challenges faced when financing these projects, and Azerbaijan’s reaction to the oil price fall.

How significant are the Shah Deniz 2 and Southern Gas Corridor projects for Azerbaijan?
These developments are a demonstration of Azerbaijan’s use of soft power. Following the failure of the Nabucco project, the implementation of the Shah Deniz 2 and Southern Gas Corridor projects showed that Azerbaijan could solve this issue relatively quickly. These projects are the latest demonstration of Azerbaijan’s ability to work with its neighbours and the international community.
While these projects may not represent the perfect solution, they will effectively transport the country’s natural gas to the EU, a goal that Azerbaijan has been trying to achieve for several years. Furthermore, these projects demonstrate the nation’s ability to deal with large, cross-border projects that involve major infrastructure.
With this project, Azerbaijan will increase its gas exports on top of the existing oil exports, thereby generating profits from both commodities. Gas projects are more difficult to put together because gas sales do not generate as much revenue as oil, so gas will not replace the oil revenue in the country over the short term. With Shah Deniz 2, around 16 bcm will be exported, of which 10 bcm are bound for the European market. While this project’s impact will not be as significant as the Baku-Tbilisi-Ceyhan pipeline, which brought a massive source of revenue to the country when it came online, it does make a difference.

What are the challenges faced by international financial institutions when contributing to these projects?
One of the major challenges are the conditions that international financial institutions like ours have associated with their loans. There are criteria that must be followed, such as increasing competition and increasing the private sector’s participation in Azerbaijan’s hydrocarbons industry. These institutions face significant challenges when conducting due diligence for large projects. For example, in July 2015, the EBRD approved a USD 500-million loan to Lukoil Overseas to finance Lukoil’s USD 3-billion share (10%) of the development of the Shah Deniz 2 project.
For EBRD to finance a company with a 10% share, we require the company to obtain information on the project’s development from the other consortium members or parties involved. This is typically a complex and lengthy process. Commercial lenders do not face this particular combination of challenges, which is one of the reasons that international financial institutions can be a bit slow.

Can local banks finance oil and gas projects in Azerbaijan?
To date, Azerbaijan’s local banking sector is still not able to cope with projects with a price tag larger than USD 4 million-5 million. Local banks are relatively small, so they typically focus on smaller projects, sometimes with the support of international financial institutions, thus sharing the risk. For example, EBRD worked with an Azerbaijani bank to provide a loan to local firm Dalgidj, a local supplier of remote operating vehicles for repairs on rigs.

What is needed to drive further growth in the national economy?
In 2015, Azerbaijan was forced to adjust to a new reality and has had difficulty in moving from the projected USD 100 per barrel to USD 30 barrel. The attenuated cost of oil has affected the government’s budget, local businesses and even the country’s population, after the devaluation of the Azerbaijani manat in February and December 2015. The psychological adjustment has been the most difficult. Several companies and businesses have been able to adjust, creating new efficiencies to cope with the devaluation. Many businesses may become less profitable than they have been in the past, while having to reduce costs considerably.
The reduction in aggregate demand in the economy is going to make growth very difficult in 2016.
Reform is necessary to create a more competitive private sector. These reforms should tackle the corruption that we find in certain areas, which makes it quite difficult for many small and medium-sized companies to operate in Azerbaijan. As a result of attenuated hydrocarbons revenue, some of these businesses have been squeezed by corrupt officials looking for revenues elsewhere.
Customs reforms are also much needed. Some of the raw materials imported in Azerbaijan are heavily taxed, making these resources incredibly expensive for some local companies.

Click here for more news and features from Azerbaijan