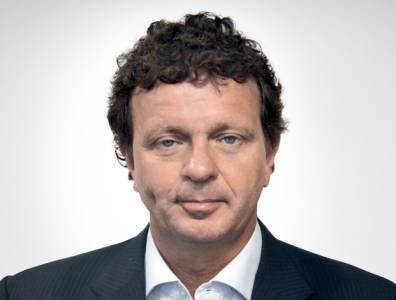 "Chile is a natural market for electricity generated in Peru, as prices are much higher there."

Expected start of operations for upgraded power plant in IloQ1 2017

The CEO of French multinational electric utility Engie’s local branch, Manlio Alessi Remedi, talks to TOGY about the conditions that are necessary for the expansion of power generation in Peru. Engie operates in the country through its local generation subsidiary EnerSur and engineering unit Tractebel.

What is the status of the Ilo power plant?
We have built the gas-fired plant and it began operations in June 2013 with 500 MW. It is part of the cold reserve until gas from the Southern Peru Gas Pipeline (GSP) arrives, which means the generating capacity of the plant is available for service, but not in operation.
The new power plant that is under construction should come on line in the first quarter of 2017 with a capacity of almost 600 MW.
Brazilian construction firm Odebrecht and Spanish company Enagás are building the GSP. Odebrecht has said that the pipeline will be operational in 2018, but I predict it will come on stream in 2020. There are three gas projects in Ilo and Mollendo. These power plants have a power purchase agreement with the government. This is the remuneration for the companies’ investment, and it extends for 20 years.
As of early 2015, there is a high gas-powered generation capacity in the Southern Energy Node. The new open cycle thermal plants in Ilo and Mollendo together with local company Kallpa Generación’s plant in Mollendo will produce more than 1 GW of power, even though the energy node is currently part of the cold reserve.
The total capacity of local generator and transmitter EnerSur’s plants is about 1.86 GW. There is not enough gas in Peru to supply the new capacity of the energy node right now.

Why is there not enough gas available in Peru?
The cold reserve that we have built is running on diesel and will continue to do so until the gas arrives. The energy node is also intended to run on gas brought by the GSP. The pipeline and the energy node will be great assets for the country when the gas arrives.
When the gas does finally start flowing, we will have to upgrade the plants to run on a combined cycle. The problem is that there are not enough proven gas reserves to support the kind of capacities that we will have when we upgrade to a combined cycle.
The law states that gas prices should be the same for power generation, regardless of which pipeline is supplying it. Gas prices are very low in Peru, which may be why some companies declare reserves as probable instead of proven. The three big gas producers in the country include Argentinian firm Pluspetrol, the China National Petroleum Corporation, which bought assets belonging to Petrobras, and the US’ Hunt Oil with its new development in block 76.
The gas will eventually be made available, but companies are waiting for the government to increase gas prices first. I do not know when this will happen, but I hope that more gas reserves will be declared before the pipeline enters commercial operation.

What other factors are impacting the upgrade schedule for these power plants?
The plants should be upgraded as soon as the GSP goes into operation. In a country that has a maximum demand of almost 6 GW, we are creating a lot of new capacity all at once in the Southern Energy Node, almost 3 GW, during a period in which mining companies are slowing their activities due to the price of commodities, the economic slump in China and so on. Plant upgrades will depend on the increase in demand over the next three or four years.
The plants will not necessarily be converted to a combined cycle when the gas arrives, because doing so will depend on demand, which is still growing in 2015.

Is there a possibility that electricity will be exported to Chile in the near future?
Chile is a natural market for electricity generated in Peru, as prices are much higher there. Exports make sense when one country has a higher price than the other. However, exporting there will mainly depend upon political will. In the coming years there will be an interconnection, but I cannot say exactly when.
We will see more integration of regional grids, as well as more energy efficiency and renewables. The Peruvian government’s energy policy is for the country to have at least 5 percent of all of its generation to be renewable. In Chile, by 2025, renewables will account for 20 percent, increasing 8-10 percent each year.
Another phenomenon that has a significant impact on the industrial sector is energy efficiency, meaning two things: decreasing the amount of energy that is consumed and decentralising the production of electricity. Overall, these trends will bring major changes to our energy grid.