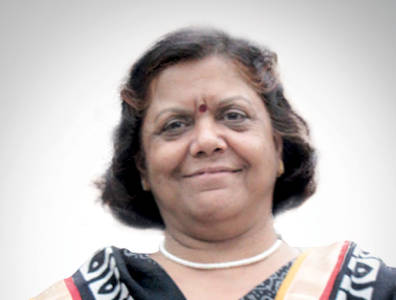 Plants to feed in India

How much of a concern is the availability of gas for setting up new urea projects?
The availability of gas feed will remain a key issue to be addressed in the coming years. As of 2015, 892 tcm (31.5 mcf) per day of domestic gas is allocated to the urea sector against the requirement of 1.3 mcm-1.33 mcm (46 mcf-47 mcf) per day. The balance requirement is partially met from long-term regasified LNG contracts and leftover spot purchases of regasified LNG.
While gas resources are scarce in India, several LNG terminals are expected to be commissioned by 2020. Consequently, the feedstock problem will become related to the connectivity of each region regarding gas infrastructure.
In March 2015, India’s top cabinet approved a gas pooling proposal to bring affordable gas feed prices to fertiliser plants, one step towards India’s self-sufficiency in urea production.

What is the supply and demand scenario for urea in the Indian market?
In 2014, India’s annual urea demand was around 30 million tonnes, of which 22 million tonnes were domestically produced and 8 million were imported. Out of those 8 million tonnes, 2 million were imported through the Oman India Fertiliser Company, a joint venture between the Omani and Indian government that owns and operates a two-train ammonia-urea complex in Oman.
The shortfall of urea in India as of 2015 is about 6 million tpy and is made up through imports. Urea demand is expected to rise to 36 million tpy by 2018 and by another 10 percent by 2020. If measures are not taken to enhance domestic urea capacity, the shortage in India will double to around 12 million tonnes by 2018.

How can India reach self-sufficiency in urea?
The new urea investment policy under the Ministry of Chemicals and Fertilisers has kick-started a number of projects to meet the projected urea demand for 2018. These projects include the revival of closed fertiliser units as well as brownfield and greenfield projects.
The country’s new capacity is expected to go on line by 2018. India is also looking at overseas partners that can offer cheap gas feedstock in order to set up fertiliser plants.

What are the main benefits of the Indian government’s new urea investment policy?
The new urea investment policy was passed in January 2013 and later amended in October 2014 to clarify the modality of urea buy-back by the national government. Under the policy, urea producers will be subsidised only if production starts before 2020 and for a period of eight years from the first production date. For private companies, a bank guarantee of around $48.5 million will be required for every new urea project.