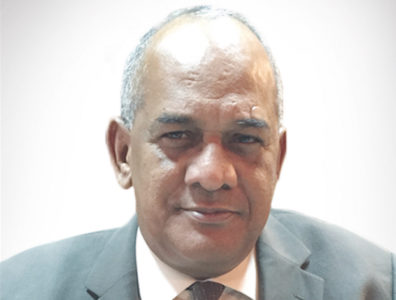 Congo is essentially an oil industry. A small gas industry is in the process of emerging but it is not yet an economic reality.

Project finance and banking in Congo

Serge Tondu, managing director of Banque Commerciale Internationale (BCI), talks to TOGY about low oil prices in the Republic of Congo and how state finances are being managed in this environment. BCI is one of the five largest banks in Congo and operates as a subsidiary of BPCE, a French institution created by a merger between Banque Populaire and Caisse d’Epargne in 2009.

From an oil price perspective, what is the state of Congo’s oil and gas industry?
Congo is essentially an oil industry. A small gas industry is in the process of emerging but it is not yet an economic reality.
For many years, the oil industry has been conducting a lot of exploration in Congo, as it has been in Chad and other African countries.  While recent in Chad, this activity has been ongoing in Congo since the 1960s or 1970s. However, the country’s oilfields are mature, so we’ve recently seen a drop in output.
With the drop in oil prices, the short-term outlook is not positive. In the long run, production will pick up again thanks to discoveries made by Total E&P Congo and Eni Congo, as well as their significant reserves.
We definitely felt the blow this year, primarily in second- or third-tier businesses such as subcontractors. Exploration and production companies, as well as large businesses that deal in non-oil sectors, did not feel it so much. The Congolese state treasury has also deteriorated.

How can banks play a role in financing large projects, such as Société Nationale des Pétroles du Congo’s planned pipeline from Pointe-Noire to Brazzaville?
Banks would play the role of go-between in such projects. The financing would not be done in Congo as a pipeline project between Pointe-Noire and Brazzaville would require millions or billions of dollars. We need adequate structures to carry out a project like that.
The state is involved in strategic infrastructure projects and private investment funds may also be interested. There are US and European funds willing to come to Congo, because there is a lot of opportunity for investors. They can help develop big projects and work with interesting leaders.

How can the state approach its finances in times of low commodity prices?
The Congolese government might be looking at other options besides its revenues. There’s a chance that it will go through state debt, but this is not the only scenario.
There will be other arrangements in which I expect the state will want to pre-sell a certain part of its gas production, and maybe of its oil production too. This would involve brokers, buyers, manufacturers and a whole chain of funding, which would guarantee the liquidity of this oil or mineral richness in the eyes of the bank.
In June 2015, Gabon launched a USD 500-million, 10-year bond. Congo hasn’t done anything like this, but there is no reason why it should not.

What opportunities do you expect to see for Congolese banks in 2016?
From a macroeconomic perspective, 2016 is not going to be a walk in the park. Political uncertainties around the March 20, 2016, presidential elections could have major consequences for investors’ economic strategies. We are acting as though everything will go well, but we are currently not in a position to say that oil will pick up again.
In spite of everything, we can find activities as we also work with private individuals. There is an emerging middle class and the country is really striving to pursue its development plan at all costs.
Excess liquidity is a potential concern in Congo. We have too many deposits but we don’t lend enough. The average lending rate in the country is between 12% and 13%. In Europe, they’re borrowing for 2%. This rate will decrease simply because it’s too high, as is liquidity. Eventually, people will no longer be able to bear this situation.