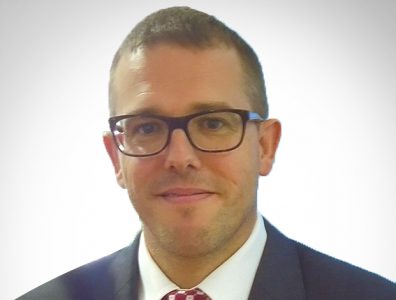 In many ways, Abu Dhabi is a mature market, and to a large extent, it is now a brownfield environment.

What should be considered when predicting the effect of volatile oil prices on project investment in the oil and gas industry?
Supply and demand is dependent on politics and stability. Developments in all parts of the world, such as the rise in China’s oil consumption and the shift in supply and demand in the US, suggest that several factors influence fluctuations in the price of oil.
The UAE has prepared a budget of around USD 75 per barrel as a fiscal breakeven price. For the first half of 2015, we have seen the price of oil stabilising at about USD 60 per barrel. If this continues, we will see trust return to the market, However, there is additionally a risk of further reductions in oil price.

How does Abu Dhabi’s oil production costs compare with other markets?
Abu Dhabi is fortunate to have much lower operating costs than other hydrocarbons-producing regions. In Norway, operational costs can vary between USD 60 and USD 70 per barrel.
Abu Dhabi’s fields are located onshore or in shallow waters compared to the North Sea or the Gulf of Mexico. Furthermore, the emirate has established a robust infrastructure for production, transport, refining and export, creating economies of scale.
Despite persistent low oil prices and a decline in rig count, we have not seen US shale production fall as much as many had expected. US producers have successfully maintained their wells and sustained production, however, we will see a decline if their wells are not maintained. When this will take effect is still unclear.

What opportunities does Abu Dhabi present for brownfield projects?
In many ways, Abu Dhabi is a mature market, and to a large extent, it is now a brownfield environment. While the emirate has large ongoing greenfield projects, there are many more existing facilities that are ageing and require constant lifetime extension, in addition to plant modifications and upgrades.
In this regard, there will be a lot of control and safety upgrades to facilities in the future, as well as continued concentration on pipeline integrity throughout the emirate.
Companies are starting to be more proactive and are conducting life cycle assessments before the asset is due for renewal or maintenance. This allows the end user to plan ahead based on the integrity data and for any repairs or modifications to be made to extend the asset’s lifetime before an unexpected event, such as a plant process failure.
The advantage of deploying such a system is that it provides an understanding of the condition and the integrity of the asset, allowing you to forecast potential functional or integrity issues. Under this framework, a company can stage an investment for the future, while prioritising critical elements first. However, for such a system to be effective, each component must be tested and assessed to build a complete picture of the asset’s life cycle.

Do you foresee a period of decommissioning in Abu Dhabi in the near future?
Brownfield works will always continue, as any operating field will need maintenance, modifications, upgrades and capacity expansions to sustain production in a safe manner. When a facility is beyond its operating life, it moves into the decommissioning phase.
We may see growth in decommissioning throughout the next two to three years. The biggest potential in this sector naturally includes the oldest platforms in Abu Dhabi.
Points that companies should consider when decommissioning a facility include the environmental impact and the scope for the conversion of the facility. Companies could plan to modify a plant to perform a different function or even enhance the environment.