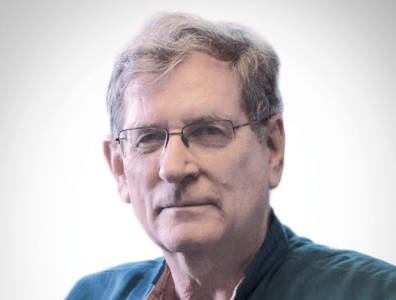 "Helicopter companies can be optimistic that additional business opportunities will open up in the foreseeable future."

Time required to validate a pilot licence in IndiaSix weeks

Ready for lift-off in India

If India is to meet growing domestic demand for hydrocarbons, it will need to carry through on plans to further develop its offshore assets. Eduard Van Dam, former CEO of helicopter transport services provider Global Vectra, tells TOGY about the opportunities for this sector in India’s expanding offshore market and the limits of the regulatory environment for companies operating in the country.

How do you assess market conditions for hydrocarbons services providers in India?
India is the fourth-largest energy consumer in the world after China, the US and Russia. The country imported around 80 percent of the oil it consumed in 2014, a sign of the pressing need to invest in the domestic energy industry.
Offshore fields account for more than half of domestic production, and with the Indian government’s plans to boost offshore yield, helicopter companies can be optimistic that additional business opportunities will open up in the foreseeable future, despite the general glum outlook for the industry due to oil prices.

How will the demand for helicopter services to evolve through 2017?
The helicopter services sector, which is dominated by the government-owned Oil and Natural Gas Corporation, is undergoing major changes. Ongoing bids for new contracts will be awarded by the state entity in 2015. These contracts are from both categories one and two, meaning that they cover transportation of crew to and from, as well as between, platforms.

How attractive are Indian contractual terms for helicopter companies?
The Indian market works on a long-term contract basis, which saves helicopter companies from immediate fluctuations. This allows them to weather downturns in the market such as the current slump in oil prices. In addition, it gives them time and space to react efficiently to market changes and adapt business strategies.
However, a company is not allowed to bid for contracts once its aircraft have reached a certain age, usually around five to seven years. If a company wins a bid for this time period, it means that they cannot reuse that aircraft again. The economic life of an aircraft is usually around 12-15 years. Helicopter companies are forced to continuously modernise their fleet.

What are the limits of India’s regulatory environment for services providers?
Compared to international markets, such as those in West Africa, India is a low-priced market. Prices in India are detrimental to quality and too low to encourage international bids.
The bidding process needs to be revised. While international companies are capable of becoming qualified from an operational and technical standpoint, the L1 system, in which the lower bidder gets the contract, does not allow for a selection process that is based on the quality of the provider.
The regulatory environment needs to be changed to expedite clearances and validation. For instance, it takes 48 hours to get a pilot licence validated in Qatar, while it takes about six weeks for the same procedure in India.