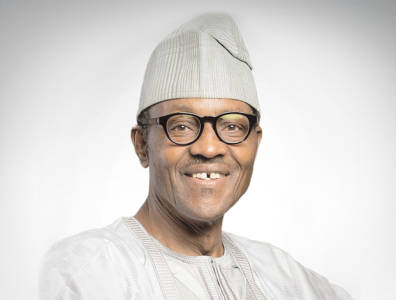 The bane of our country over the decades has been unbridled corruption, which had permeated every facet of society. We are battling it now, and there are no friends or foes.

Date of President Buhari's inauguration May 29, 2015

TOGY talks with President Muhammadu Buhari, who defeated incumbent President Goodluck Jonathan to win the election in March 2015. This marked the first time in the history of Nigeria that an incumbent president lost to an opposition candidate in a general election. President Buhari ran on a platform of addressing the issues of security, corruption and diversification of the Nigerian economy.

How has the federal government addressed security issues in country?
When we campaigned prior to the 2015 general elections, we identified three main areas of focus. These were security, the anti-corruption war and the economy. What we have done in the area of security is self-evident. When we were inaugurated into office on May 29, 2015, the insurgent group called Boko Haram was running wild around the country. The unrest had started in the northeast, but spread later to northwest and north central [regions], including Abuja, the federal capital, and it was on the verge of moving down south. The country was sitting on a keg of gunpowder.
The first thing we did was to address the morale and equipping of our troops. We also changed the leadership of the military, bringing in fresh energy and ideas. We retrained our soldiers, motivated them, collaborated with some Western powers to get intelligence and armament. Gradually, we began to push back the insurgents. They were flushed out of the north central and northwest, and got confined to a few parts of the northeast. Eventually, they got circumscribed within the Sambisa forest, from where they made occasional forays into town to bomb soft targets using teenage girls. Even now, this has reduced drastically, as the terrorists are virtually in a disarray. Their backs are broken. Soon, very soon, Boko Haram will become history in Nigeria.
On the agitation in the Niger Delta, which resurged and was characterised by bombings and vandalisation of oil and gas installations, the agitators have now seen reason and laid down their arms. We will dialogue with them and try to resolve things.
This government has capacity to tackle and resolve whatever security issues may confront the country. It is a promise we made during campaigns, and it is a promise we are keeping.

What is the federal government’s stance on ridding Nigeria of corruption?
This is another promise made, and it is another promise we are keeping. The bane of our country over the decades has been unbridled corruption, which had permeated every facet of society. We are battling it now, and there are no friends or foes. Anybody that has questions to answer will do so, irrespective of status. We have started with the military. All those who abused trust in the procurement of hardware are facing trial. Public officials who abused trust are also answering for it. We shall not relent. It will permeate every fabric of society. Do the crime, serve the time. We shall never handle corruption with kid’s gloves.

With the drop in the oil price, what are the federal government’s plans to diversify the economy?
For many decades, Nigeria paid lip service to diversifying her economy. We depended solely on oil as income earner. Even the money we made from oil, we did not utilise judiciously, neither did we save for the rainy day. Now, the rain is falling and is beating us badly.
Before we came into office, oil sold for as high as USD 120 per barrel. Then it crashed to as low as USD 32. And we simply crashed with it. Of our 36 states, as many as 28 could no longer pay salaries. We had to find a way to give them succour from the federal [level]. And the reality hit the country: we either diversify or die. We could no longer engage in rhetoric about retooling our economic base. Now, we have identified agriculture, solid minerals, manufacturing etc. as focal areas. We have a budget in excess of NGN 6 trillion [USD 18.8 billion] for 2016, and these areas are receiving a large chunk. Agriculture is receiving a fillip, so also is mining, and before 2019, we will no longer be a mono economy country.

How is the federal government promoting transparency?
The easiest way is to set a standard. We will not say one thing and do another. We will not preach probity and secretly line our pockets with filthy lucre. Anybody in government who falls out of line will answer for it. Transparency and probity are key to us, and it must start from the top and flow down.

How will your policies trickle down to spread wealth to the people?
In order to touch the lives of the ordinary people, the first thing is to curb waste and corruption at the top. We are working on it. Then, we are making sure that we are people centered. Every project we embark on must have meaning to the ordinary folks. It must touch their conditions. It must alleviate poverty and raise the standard of living. We shall never compromise on that.

How has the government approach the depletion of foreign exchange reserves?
We currently have an embargo on 41 items, which was put in place by the Central Bank. If we must be self-sufficient as a country, then we must curb our taste for luxuries we can’t afford now. What were the things we were expending scarce foreign exchange on? Fruit juices, tomato puree, palm oil, even toothpicks, among others. Why must we import what we can produce locally? The time to fritter foreign exchange is gone, particularly when we don’t make enough to service critical sectors. When our economy is diversified and oil prices go up, Nigeria will prosper again. But for now, we must put our mouths where our money is.

How do you plan on funding your record-breaking budget for 2016?
We are doing this in diverse ways, though we have serious shortfalls. We have focused on taxes, tariffs, non-oil exports, recovered loot, oil (whatever we get from it) and other areas. It is not enough yet, but whatever we get is being judiciously used. We are also going to borrow. When you are in recession, a way to get out fast is to spend through it. We will spend judiciously, and our economy will bounce back soon.