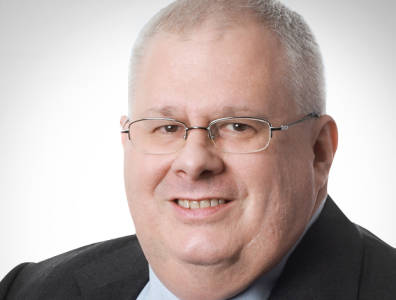 Recent regulations have attempted to streamline the public-private partnership (PPP) process and shorten the time required to apply for and obtain a government guarantee for a private power project.

Time required for construction of a power plant18-36 months

Michael D. Twomey, an adviser at SSEK Legal Consultants since 1992, talks to TOGY about the uncertainty of doing business in Indonesia’s oil and gas industry as well as the difficulties in hiring expatriates in the industry. The Indonesian legal firm focuses on the energy and oil and gas industries in the country.

How has the Indonesian government worked to implement new policies and clarify those policies for the upstream sector?The government is trying to enact and implement policies in an attempt to improve the hydrocarbons industry. However, they have often had the effect of creating greater uncertainty and, in upstream, increasing the cost of doing business. While we understand the geological risk of exploration in Indonesia is greater than ever, the lack of new ventures shows the policies to increase it have yet to bear fruit.
Regulations concerning taxation of the upstream industry, including the implementation of a land and building tax on both onshore and offshore (which has since been reduced to zero for 2015 and subsequent years, although this reduction can be changed) and the changes in how value-added tax can be recovered by production-sharing contract (PSC) contractors, have had a negative impact on international and local companies. Furthermore, recent regulations imposing limits on expatriate hires has affected the sector.
In addition, the uncertainty as to whether oil and gas companies may extend their PSCs has deterred investment by PSC contractors whose PSCs are expiring in the near term.
Finally, there is uncertainty on the future of the production-sharing contract regime itself and how the industry will be regulated under a new hydrocarbons law, which is expected to be passed by Indonesia’s Parliament this year.  In particular, uncertainty as to the form of contract or licence to be granted to upstream oil and gas companies; the role of Indonesia’s upstream regulatory body; SKK Migas, which under a draft of the proposed law would be dissolved and replaced by a new state-owned entity; and the concept of having a state-owned entity appointed as an aggregator in the downstream sector, whose tasks, among others, would include the purchase from PSC contractors of all oil and gas produced domestically and the subsequent resale of the oil and gas, could be deterring investment in the country.
Low oil and gas prices have severally impacted exploration worldwide. Given this, the recent regulations and uncertainty as to the future of the PSC regime are exacerbating an already constrained environment.

What is the status of current regulations that encourage investment in power projects?
Recent regulations have attempted to streamline the public-private partnership (PPP) process and shorten the time required to apply for and obtain a government guarantee for a private power project. However, notwithstanding these and other improvements to the PPP process, the government needs to provide the necessary resources so that the process can be implemented. The PPP process is still time consuming and full of uncertainty.
Furthermore, all levels of government need to have the same power project development objectives and these objectives have to be clearly communicated to officials who will actually implement the process.
There is also a real concern as to whether or not the government and industry have the human capital necessary to support the policies calling for the increase in generating capacity of 35 GW by 2019.

How can the government improve investor confidence in power projects?
It would be encouraging to all if the government could get one PPP power project up and running and set achievable goals for the process.  While the Central Java power plant is a PPP, due to land acquisition problems construction has not started even though the PPA was signed in 2011.
Turning to the 35-GW power programme, the government has said it wants to complete this in the next five years, which does not appear to be feasible due to the amount of time it takes to put a consortium together for a project; negotiate the PPA and obtain the land required for the power plant; obtain financing and acquire all the permits necessary to carry out a project.
Once land permits are acquired and financing is secured, construction can take 18-36 months, depending on the size of the plant. Even assuming financing is available for all projects, there may not be enough capacity in Indonesia to simultaneously construct and then commence operation of plants capable of generating 35 GW of power.
The government needs to set realistic, tangible goals to encourage investors. It needs to prioritise one project and complete it in order to have a successful project to show investors.