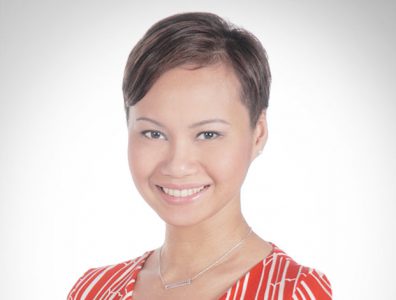 The Indonesian government’s expansion of the list of projects eligible for private participation under a public-private partnership framework is promising.

Year Presidential Regulation No 38 was passed2015

The government has plans to promote and expand infrastructure in Indonesia. How helpful are policies in place for the development of infrastructure in the energy industry?
A number plans to develop infrastructure are already underway, but there are still questions about whether these projects can all be achieved within the given timeline. Infrastructure projects, among other things, don’t typically move quickly, because of the perceived lack of co-ordination between ministries and the lack of shared goals.
The sheer number of different ministries and government departments that are part of the project approval process, along with the questions surrounding government guarantees and land acquisition complications, make progress really challenging.
Financing and seemingly conflicting regulations also present problems. For example, Bank Indonesia, the country’s central bank, issued a regulation requiring all onshore financial transactions to be made in rupiah, the local currency. Other policies are increasingly seen to be unfriendly as well, such as the requirement for non-resident directors or commissioners to obtain a work permit.

How attractive is the regulatory framework to private companies or investors to participate in upcoming infrastructure projects?
The new government’s expansion of the list of projects eligible for private participation under a public-private partnership framework is promising. Presidential Regulation No. 38 of 2015 revised the list of governmental projects available to private investment, opening the doors to investors for projects in energy conservation, public infrastructure and city facilities.
The problem is that the regulation is still not specific enough. The government needs to provide a clear plan for how it intends to regulate public-private partnerships and to communicate that plan to investors, both foreign and domestic. The government also needs to consider making these projects profitable given the various regulations and challenges faced by investors.

How will foreign investment be impacted by a perceived nationalistic trend in the oil and gas industry?
The draft oil and gas law includes shifting natural resources back to the state and state-owned companies. International companies are quite nervous, because it creates a perception that there may be indirect nationalisation. Some of these companies already have billions of dollars invested in projects, and there may be risks that their investment might not be recoverable.
While we can appreciate where the government is coming from, the idea that natural resources policy should understandably be nationalistic, there is still a perception that the goal posts are continually moving. Participation and investment of international companies is in fact still necessary in Indonesia’s energy industry, so the government needs to keep the goal posts clear. At the very least, foreign investors need a clear mandate and investment terms, as well as a commitment that these will not change over a reasonable project timeframe. Investors also need a single point of contact in government with a clear mandate to ensure consistency among various government departments.
The government has recently authorised the Investment Co-ordinating Board in Indonesia to provide a one-stop service to decrease the number of governmental agencies that an investor has to deal with to obtain its business or operational licences. This is seen as a positive move, but we have yet to see whether this will be implemented efficiently and effectively.