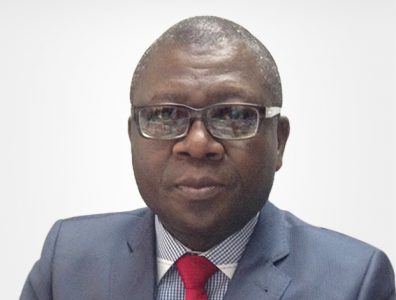 It is true that the economic climate is not favourable to business, given the low price of oil, but we have to adapt to be resourceful and above all ensure good governance. The Congolese oil and gas industry will benefit from a new hydrocarbons code and new legislation governing the field in the interests of all stakeholders in Congo.

SONAREP is the production arm of the national oil company Société Nationale des Pétroles du Congo (SNPC). The company has been operating the Mengo-Kundji-Bindi (MKB) acreage under a production licence (PEX) since 2012, and in 2015 commissioned a 5,000-barrel-per-day production system on the field. SONAREP managing director Cyriaque Etroubeka tells TOGY about the new steps being taken at MKB, the outlook for onshore activity in Congo and weighs in on the country’s local content policy.

2015 has been a difficult year in Congo. What can the upstream industry expect in 2016?
2016 is an election year in Congo, following the October 2015 referendum that resulted in a new constitution. Thanks to this milestone, Congo is a new country with new institutions for more peaceful governance.
It is true that the economic climate is not favourable to business, given the low price of oil, but we have to adapt to be resourceful and above all ensure good governance. The Congolese oil and gas industry will benefit from a new hydrocarbons code and new legislation governing the field in the interests of all stakeholders in Congo.
The Hydrocarbons Code is on its way to becoming a good law for the country. After all, a law is meant to evolve, be flexible and should not be a fixed or rigid entity that cannot adapt to certain new, unseen realities.

The new Hydrocarbons Law will address new local content regulations. How should Congo’s oil and gas industry define local content?
That is an essential question. People in the country talk about local content, but we do not always have the same vision or the same way to define it.
Personally, I would describe this in the simplest way as possible without leaving any ambiguity. I think many times we talk about local content, but rather we should be speaking about this as national content.
This means we have to devise an answer that ensures that investments made into the country stay in the country, and that they ultimately end up in the pockets of the Congolese people in order to improve lives and living conditions. That is the definition; that is what we want ultimately. If an oil major subsidiary is set up in the country, many of those expenses or profits are repatriated back into its home country. We want that to stay local. We want that there is durable policy, long lasting and consistent in the country.

How will the onshore sector in Congo fair through 2016?
It is easier and less expensive to produce from onshore acreage than from offshore acreage, so this is already a positive element. The interior Cuvette region is one part of Congo that has still yet to reveal its secrets and its opportunities.
We hope there will be a major discovery there, because that would drastically change the current environment in the country. This would make its emergence more rapid. We already have experience onshore and we are always ready to attract possible partners that are interested in the onshore sector.

What can SONAREP and SNPC do to increase production from its own onshore MKB installations?
In 2015, we completed the commissioning of a USD 42 million production installations for the Kundji field. The installed surface equipment is designed to do 5,000 barrels per day and will allow us to pursue a very ambitious drilling programme
Because the petroleum characteristics of the Kundji reserves are mediocre, we must drill a lot to increase production and improve the fiscal recuperation from the field.
In 2016, the MKB partners, SNPC and Orion Oil, will drill 14 wells in the block using the SNPC #1 and SFP #1 rigs, which are two rigs that are owned by our sister company, Société de Forage Petrolier.
The surface system is quite high-tech and is managed by a centralised digital system. In 2015, SNPC invested in well testing equipment in order to test the wells where we will be drilling. This unit will be commissioned on the Tchiniambi well in 2016.

For more news and features on Congo, click here.