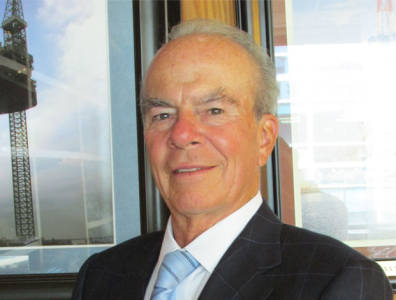 The large amount of rig orders in the field shows that low oil prices will not be followed by a decline in investments. The market, however, will be affected in other aspects, such as day rates.

Patricio Alvarez Morphy, director general of Perforadora Central, talks to TOGY about Mexico’s drilling sector post Energy Reform and describes the resulting opportunities and challenges posed to the domestic rig market. In 2015, Perforadora Central works mainly in the shallow waters of the Campeche Bay, where it operates five jack-ups and one platform rig.

What changes has the Energy Reform brought to exploration activities in Mexico?

The reform is expected to bring major investments to the sector starting with the first bidding rounds of shallow-water fields in the Round One tender. The Campeche Bay will draw a greater part of the initial attention and investments.

Apart from the entrance of external players, the opening of the market and the bidding rounds on shallow waters will also see state-owned Pemex restructuring its assets in order to be prepared for the competition. The national oil company relies on many rigs built before 2000 and will be seeking to replace those ageing assets with modern, or premium, rigs.

It is for this reason that Pemex has been very active in 2014 signing contracts with international rig manufacturers and owners. For example, in February of that year, Pemex finalised drilling contracts with the offshore exploration company Seadrill and formed a joint venture for the ownership and use of jack-ups. The contract has a six-year duration and entails the utilisation of Seadrill’s jack-up rigs West Oberon, West Intrepid, West Defender and West Courageous in the Gulf of Mexico.

In addition, Pemex received the Yunuen jack-up, which is the first of two jack-ups built by Singaporean rig manufacturer Keppel Fels. Keppel is also building another eight Keppel Fels Mod V-B jack-ups for other Mexican companies operators, including one for Perforadora Central, which we expect to be delivered at the end of 2015.

This equipment will be extremely valuable to the market as we expect Pemex will be replacing as many as 16 rigs during 2015.

Pemex is undergoing other structural changes to renovate its contracting scheme. How will these initiatives affect the drilling sector?

In March 2014, Pemex created the Office of Corporate Procurement in line with international trends towards supply chain centralisation and integration shown by companies such as ExxonMobil, Statoil, Shell, Ecopetrol and Kuwait Petroleum.

The creation of the Office of Corporate Procurement is intended to ease and speed up the decision process of the company in terms of purchasing goods and services and operating lease and public works. It will centralise the 120 purchasing units previously distributed among Pemex’s five companies – Pemex Exploración y Producción, Pemex Refinacion, Pemex Petroquímica, Pemex Gas y Petroquímica Básica and the corporate office.

This effort in centralising all of Pemex’s business units will most likely result in initial confusion for drilling companies such as Perforadora Central, which are used to dealing directly with Pemex Exploración y Producción through a series of acquisition sessions commonly referred to as clarification meetings. The transition for Mexican drilling suppliers is likely to require some additional time.

How will the fall in oil prices affect the rig market in Mexico?

The large amount of rig orders in the field shows that low oil prices will not be followed by a decline in investments. The market, however, will be affected in other aspects, such as day rates.

On one hand, we are going to witness longer and more complex negotiations that will most likely lower the day rates over the short term. On the other, the entrance of international players will signify an increase in terms of domestic wages, due to the need for external companies to source local labour. This will inevitably give the workforce higher bargaining power and thus higher compensation packages.

Where are the main challenges and opportunities offshore?

The offshore sector will see the blooming of new technologies due to the Energy Reform. Mexican companies will need to invest in modern jack-ups and more diverse equipment, such as floaters and mobile rigs.

As it is the first sector open to foreign operators in the reformed energy industry, I expect fierce competition for the shallow water bidding rounds. Over the long run, offshore exploration will receive a significant boost when deepwater areas are disclosed.

The deepwater Gulf of Mexico is one of the least-explored areas in the world. The Perdido Fold Belt in the northern part of the gulf has great promise for Mexican oil production, and foreign operators know this. The equipment needed to access these potential reserves will be very different from what Pemex is used to, and the company will have to face more complex competition than in shallow waters where they can claim expertise and experience.

In this regard, Pemex is more likely to create joint ventures with international enterprises in order to compensate for their lack of technology.