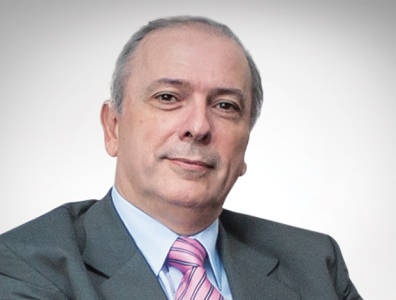 The state should be able to play a role through companies, but discretionary intervention is absurd and unacceptable.

Set out on the right path

TOGY talks to Daniel Gustavo Montamat, president of Montamat & Asociados and member of the board of directors at YPF, about challenges faced by the government and the public in regards to the energy industry and offers advice about which measures should be taken. The firm has provided legal and market advisory services to companies and governments in South America’s energy industry since 1991.

How has the energy industry in Argentina changed during the past 10 years?
Argentina’s energy industry is currently in a critical state. It would be difficult for me to find any positives regarding past government policies, because they allowed the industry to be dominated by a short-term mindset. The state should be able to play a role through companies, but discretionary intervention is absurd and unacceptable. These interventions and prices, set with a political purpose in an industry that requires thinking on a long-term scale, leads to decapitalisation.
This is not easily noticed because a great deal of this industry is underground in the form of oil and gas reserves. However, it is more easily noticeable in the power generation sector, which doesn’t have enough reserves to provide service when there is peak demand, as well as in transportation and distribution networks. This leads to low-quality service, such as gas shut-offs, and means that a country that once had a surplus of energy now has deficits.

What impact have these policies had on the country overall?
This is a costly situation for Argentina’s citizens, because it increases the need for energy subsidies, which come from personal taxes, or even worse, from an inflation tax. This populist tactic gives citizens a lower gas or electricity bill without realising that they’re paying the difference through tax-funded subsidies and inflation.
This is why I believe that the new administration has inherited a critical situation. It will be extremely difficult to implement new policies when the public for years has been accustomed to this charade of cheap gas and electricity. Our society will have to go through a re-education process first to learn that energy is not a commodity that should be funded through taxes, but a product with international and regional reference prices that has a cost and requires a great deal of investment.
Recapitalising the sector through alternative policies will take time, and the new administration is only just beginning to move in that direction.

What are Argentina’s energy prospects?
Argentina has very large potential reserves of hydrocarbons to develop. Our conventional resources are located in mature oil and gasfields that have low recovery rates. The oilfields have a recovery rate of around 24%. Bringing them up to the international average, which is around 30%, could develop new reserves in the fields which are already producing.
Regarding unconventional potential, there is Vaca Muerta, where there is much more gas than oil. This is good for us, because we have an energy matrix that is orientated towards natural gas. Moreover, there is a lot of potential for wind power in Patagonia, where the intermittency problems that come with renewable energy are lower than in other places. Moreover, we can combine wind energy with hydro-energy in the Comahue region and other places.

What challenges must be addressed to develop a more efficient energy matrix?
The measures taken by the government are leading in the right direction. However, every sector of the Argentine economy is debating gradualism versus shock, and gradualism is being seriously misrepresented. The media and the public perceive many things as shock, which are actually gradualism.
From 2001 to 2015, the inflation rate in Argentina was 1,400%. Average wages have increased in the same period by 1,658%, but the median tariff of natural gas only increased 175%. You can see the big distortions. To reduce this gas in the relative prices, any change, even gradual, is going to have a strong social impact. Argentina must first make sure that energy prices and tariffs, for gas and electricity, after a transition period accurately reflect economic costs if it wants to recapitalise the sector. In oil, we are above international reference prices, and the government is saying that we should recover international references next year.
Moreover, all the projects that are carried out – be they exploration, production, conventional or unconventional – are governed by international reference prices. They do not take into account domestic references that are not going to last. If you try to explain to a foreigner that our idiosyncratic price is an interventionist price worked out between provincial governments and the national government, he won’t understand.
We must carry out projects according to the international standard. In natural gas, we don’t have an international reference price, so we have to go by substitutes such as diesel or fuel oil, to satisfy demand, which is high.

How do gas imports play into this situation?
To supply our demand last year, we injected 98 mcm (3.35 bcf) a day from local production, and nearly 30 mcm (1.06 bcf) a day from foreign purchase: 15 mcm (530 mcf) from Bolivia and 15 mcm (530 mcf) by ship. We have a significant gas shortage.
If we could get more from Bolivia, it would be good, because at the moment, their gas costs less than USD 3 per million Btu. However, they can’t give us more, due to restrictions on their reserves, and they must give priority to Brazil. If we transported gas from Chile, it would cost approximately USD 7.14 per million Btu. It’s more expensive because they buy it, and it has to make its way there through a pipeline. For ship-transported gas, LNG costs about USD 5.50 per million Btu, plus regasification, so USD 7 per million Btu.
At the moment, one can’t bring in any more ships, as the Bahía Blanca and Escobar ports are both saturated. We are left with gas oil, which is gas processed through a thermoelectric plant, which costs USD 11 per million Btu.

Are steps being taken to remedy this situation?
We have adjusted prices for natural gas, but those prices are still very ill-adjusted in terms of power generation. A total of 90% of users are paying USD 19 per Mwh and industry and big consumers pay a lot more. However, the average cost is USD 60 per Mwh. We need to abide by an international price reference to make the public understand that prices will gradually increase, and investors understand that we are trying to recover the economic costs of the system.
Additionally, we need to diversify the energy matrix, both primary and electrical. It’s far too focused on fossil fuels. We also need to make more room for renewable energy. At the regional level, we need to have common resources and better networks to interlink the systems. The goal is to have regional energy markets in gas and electricity.

What global trends can Argentina take advantage of to push for this long-term approach?
The first rule is not to go on our own way. We should follow world trends. One major tendency that is being consolidated in Argentina is intra-fossil fuel substitution, which is coal and oil being replaced by natural gas as an energy source. This is the bridge leading to alternative energy. If gas substitutes coal  and oil in Argentina, we will meet our goals for a sustainable economy.
Technology will also be important in the future. If we develop batteries that can carry a greater charge for a longer time, it would help with the problem of the intermittency of renewable energy sources and would further lead us out of the fossil-fuel paradigm we are in now.

Does Argentina have the legislative framework necessary to bring in foreign investment and increase local production?
The previous administration approved a hydrocarbons law that many people considered positive for the industry. It created a series of automatic renewals and special unconventional concessions that postponed conventional concessions. It only served to maintain the status quo, and I was critical of it because I found it was only favourable to those who were already well-established at developing unconventional resources.
We need a system like the one in the USA, which has active participation from medium-sized companies that create new technologies. It might not be the time to talk about new hydrocarbons laws, but I do believe we need to open the playing field up as much as possible.
The administration possesses the means to tell a company that if they’re not investing in a certain area, they should return the concession or look for partners. This is a policy that YPF actually has, which is spread across numerous concessions.
The government also has to push the sector to use the latest and most sophisticated technology, which will improve production and cost. Argentina has a slew of important international companies present, and if the government convinces them, other companies will adapt as well.
Argentina’s brand is also important. The country needs to show the world a stable macroeconomic situation, as well as a stable currency, durable and lasting rules and a clear strategy.

What role do you believe YPF has to play in this?
It must get with the times, and rather than being an oil and gas company, it should look towards being an energy company. YPF is taking some steps towards horizontal integration by moving into the electricity sector and into some renewable energy projects.
YPF needs to be a non-exclusive player in the local market and become international. The majority shareholder is the state and the technology is Argentine, but the company should participate in the international market and be Argentina’s flagship firm by inviting foreign investment. I don’t see YPF as an exclusive company, as others do. Rather than privilege the Argentine ideology, it should open itself to the world. This could bring in a whole value chain.

What solutions do you see to the labour conflict that the sector is currently experiencing?
I believe we must establish a permanent dialogue between parties, rather than only initiate talks about salaries and wages. We need to share the idea of sustainable development with the unions, so that they can understand why production is good in certain locations and by using certain technologies, and bad in other locations with the same geological and instrumental characteristics. It might turn out that the machinery is not exactly the same, or that the work regime is different.
The question of productivity should be a permanent discussion. We must admit, of course, that high inflation makes it more difficult to talk about all these matters with a cool head.

What are the next steps that both the government and the industry as a whole should take to increase productivity and bring in investment?
The government must first clearly articulate what its goals are. I think President Mauricio Macri has the clearest vision for the road ahead, which is different from the leadership of the past several years.
The second matter is management. Everybody involved must be on the same page and make sure that the ship follows a straight path. The public needs to be aware of these things and see that they are fruitful. Things like natural gas shut-offs need to decrease. This will bring people on board as well.