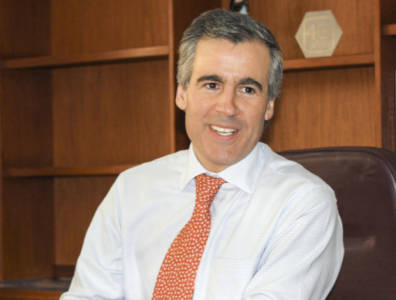 With its enthusiasm for the Caribbean Basin, I am confident that the ANH will produce some good results there, as well as in unconventional plays.

Expected investment of the eight offshore wellsUp to $2 billion

Set the scene: Expectations for the Ronda Colombia 2014

Orlando Cabrales, vice-minister at Colombia’s Ministry of Mines and Energy talks to TOGY about his expectation for billions of dollars in investment in the Ronda Colombia 2014 licensing round. The round for mature basins, basins with new prospectivity and frontier basins will be was launched in February 2014.

What are your expectations for the Ronda Colombia 2014 licensing round?

Given the level of interest that we have seen in both offshore and unconventional blocks and the contractual changes that we have made, I expect to see bids in both areas. I would like to see more interest in the offshore blocks in the Pacific.

There are already many companies exploring and drilling for oil and gas in the Caribbean and I am sure that trend will continue. However, the Pacific is an area where we haven’t been very successful. In the past several years, the ANH has gathered and developed a tremendous amount of technical information on the Pacific. With its enthusiasm for the Caribbean basin, I am confident that the ANH will produce some good results there, as well as in unconventional plays. We are also expect to see a high level of interest in the conventional blocks in the southern part of the country

What changes have been made to offshore exploration and production contracts in 2014 in order to entice greater levels of investment?

We divided up deep and ultra-deep waters. Waters with depths of 300-1,000 metres are referred to as deep, while waters deeper than 1,000 metres are considered to be ultra-deep. We raised two triggers for the high price payment clause, which works as a windfall profit tax, for our offshore exploration and production contracts.

Furthermore, we lengthened the timelines of the offshore exploration and production contracts considerably, to 30 years. I can now say that we are competitive as a country in terms of offshore regulations and we expect to see the results in Ronda Colombia 2014.

In the next four years, we expect eight offshore wells to be drilled in Colombian waters. In the past 10 years, we have only seen two wells drilled in deep waters. There is a clear indication that we are headed in the right direction.

Does the Ministry of Mines and Energy place greater importance on attracting larger companies to Colombia during bidding rounds?

Offshore oil and gas exploration is extremely expensive. The eight wells that will be drilled in the next four years could amount to a total investment of $2 billion. Unconventional production involves a number of technical and environmental issues that must be carefully addressed in order to ensure that development is carried out responsibly. It is our assumption that stronger oil and gas companies are better able to deal with these challenges and perform up to our expectations.

Having said this, the unconventional blocks that are referred to as tier three only require companies to have more than 50 million barrels of reserves and 20,000 barrels of oil equivalent per day of production. I am confident that the vast majority of interested parties with the appropriate capabilities will meet those requirements. I often have to remind people of that, because we are not only inviting the majors to come and participate. There are many companies that are not household names that are producing far more that 20,000 barrels of oil equivalent per day.

What was the importance of establishing clear technical and environmental regulations for unconventional exploration and production in 2014?

We have done a lot of work over the past year to ensure that the appropriate regulatory framework is in place to ensure that oil and gas companies will be interested in the available opportunities, but also that we are protecting our country’s resources. The fact that we have consulted experts from regions in the US with high levels of shale production to establish responsible regulations, in advance of unconventional activity, should be very comforting for Colombian society.

I spoke with John Henry, who was the head of the Pennsylvania Environmental Protection Agency from 2008 to 2011, when hydraulic fracturing in the Marcellus shale became very controversial. By the time he was appointed to develop environmental regulations for unconventionals, 5,000 wells had already been hydraulically fractured without any regulatory oversight since 2005.