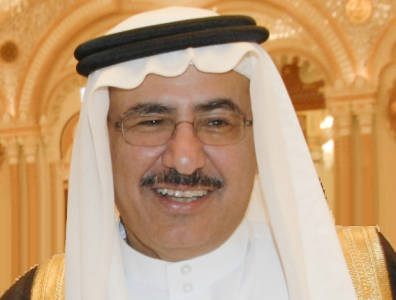 The rising contribution of shale oil to global reserves is welcomed by Saudi Arabia. The country hopes that all additional reserves will further stabilise global oil markets and reduce volatility.

Saudi Arabia has been producing crude oil at record-high average levels of around 10 million barrels per day in 2013. However, there are prerequisites for Saudi Arabia to maintain this privileged position, such as developing non-associated and unconventional gas to wean the country off using oil for electricity generation. Senior Advisor to the Minister of Oil and Mineral Resources Ibrahim Al Muhanna describes Saudi Arabia’s central role in the world economy.

Considering the rise of shale oil and non-OPEC output in general, will Saudi Arabia be looking for new markets?

The rising contribution of shale oil to global reserves is welcomed by Saudi Arabia. The country hopes that all additional reserves will further stabilise global oil markets and reduce volatility. Saudi Arabia will continue to meet the needs of its customers going forward.

Wildly fluctuating prices are in no one’s best interests, neither producer nor consumer. Therefore, the country maintains spare capacity to ensure oil market stability and to see that growing economies are well supplied. We know Saudi Arabia plays a pivotal role in protecting the world’s economic health and it is a responsibility we have faithfully and reliably executed over several decades.

In light of the US’ decreasing dependence on oil from the Arabian Gulf region, what will be the role of Asian markets for energy developments in Saudi Arabia?

Saudi Arabia’s energy exports to Asia have long outstripped its exports to other regions. Since 1997, total oil volumes exported from Saudi Arabia to the region have increased by 50 percent. Since the mid-1990s, Saudi Arabia’s oil exports to China alone have gone from zero to more than 1 million barrels per day. We have entered into joint ventures in South Korea, Japan, the Philippines and China. It has been a remarkable period of prosperity and an unparalleled period of partnership. That said, the US remains a key part of the overall energy industry. It is the largest economic power and the biggest investor in Saudi Arabia. So the relationship between the US and Saudi Arabia remains important.

What is the outlook for the development of natural gas reserves in the country?

The prospects for developing non-associated and unconventional gas in Saudi Arabia are positive. The country has taken steps to explore its potential reserves with a view to decreasing its reliance on oil for power generation. The signs are good. In addition to non-associated gas, Saudi Arabia is also looking to improve energy efficiency. It is continuing to introduce a range of measures with this in mind, such as tighter regulations with regards to the use of air conditioning units. Different government departments are working together towards this aim and we expect, over the longer term, that these measures will have a positive impact.

Is there a real market reason for the high crude oil prices or are they the product of increased speculation?

The first point to make is that no person, nation, company or organisation sets the price of oil. The price is set by the market. Over the past 15 years, oil prices have fluctuated. There are many reasons for this and theories vary as to why the price is where it is. It is a question of supply and demand, the cost of production and geopolitics, yet logistical issues and speculation also play a part. Of course, higher prices have meant greater production, particularly as shale oil and oil sand developments require higher global oil prices. The key for Saudi Arabia is oil market stability and prices that are good for consumers and producers. The oil market today remains broadly in balance. In our view, stability remains key.

What are the country’s initiatives to develop the value-added industries and the creation of a highly skilled labour force?

Saudi Arabia continuously strives to reinvest and enhance its petrochemicals industry to improve the skill level of its young people. Creating a truly integrated petrochemicals sector is a key aspect of this. In addition, Saudi Aramco is taking steps to establish a series of innovation and research centres, in the kingdom and worldwide.

The King Abdullah University for Science and Technology, or KAUST, based near Jeddah, is another example of our ambitions. It is a 21st-century co-educational university that is looking at a range of technologies, with the ultimate aim of providing solutions for global problems, and in turn creating businesses and job opportunities.