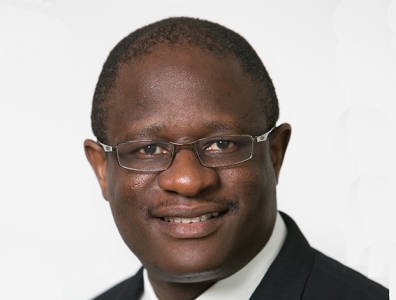 The domestic market is a priority; here, there is a moral imperative. We are in a country that needs power. It also makes sense from a business perspective – gas pricing is good.

TOGY talks to Olalekan Akinyanmi, the CEO of Lekoil, about the company’s prospects in Nigeria and Namibia, its decision to focus more on gas and the wider potential of African hydrocarbons industries. Lekoil is a Nigerian exploration and production company with interests in both Nigeria and Namibia.

What have been the latest developments in the Otakikpo field?
We began commercial production in early December 2016. Oil now flows to the field’s onshore storage tanks ahead of evacuation via offshore pipeline. Preparation works in the field started in 2014, but the real activity started in December 2015. We’ve re-entered two wells and done flow tests. Some of the zones that we thought were going to flow at 3,500 bopd flowed at about 5,500-6,500 bopd. We’ve done the completions and dealt with some operational issues. It was not easy, but it has been quite successful.
At this point, the wells are completed and hooked up. The early facilities and tanks are there, as well as the onshore flowlines. All onshore facilities are now fully commissioned. We are now working on the offshore infrastructure. The offshore pipeline connecting the storage tanks to the tanker offloading manifold is 80% complete. Once this is completed, oil will be sent from the onshore tanks to the export terminal via the new pipeline.

What are your expectations for initial production rates from the field?
Currently we have two wells with dual completions. As we are constrained by the tubing, each well could produce 3,500 bopd multiplied by two: thus we are constrained to 14,000 bopd. We have some constraints at the processing facility as well. For now, we will ramp up production to about 10,000 barrels by the end of the year.
As this is a new reservoir, we don’t want to suck everything out immediately and risk damaging the reservoir itself. We think that 10,000 bopd is a robust level to produce. After a while if we still get very high pressure, we will take it up to 12,000 bopd. From there we can de-bottleneck to go up to 14,000 bopd, but 10,000 bopd is our current target.

What kind of timeframe are you looking at for the full field development?
The field looks like it is going to grow. What we have done so far was re-enter those two wells, start them up, and get some cashflow. In 2017 we are going to shoot 3D seismic because those wells were drilled based on 2D data.
We expect to see the reserves grow to some degree. Even based on what we have seen from the 2D results, it does seem like there is room for the resources to grow.
Once we have done that, we will come back to production. By late 2017 to early 2018 we expect activity to ramp up significantly. The field should be able to produce 30,000 bopd when we are fully developed.
Because the cost of capital is quite high, it’s better for the company to accumulate some cashflow and reinvest that than it is to start producing and try to raise more capital. That can be expensive, and you are then in a tight situation. We would rather get to 10,000 barrels and reinvest the cashflow in the field before taking it to the next level beyond 2020. We will also invest in the Ogo field.

What are your development plans for the Ogo field in OPL 310?
It is quite a sizeable field. It has the potential to produce more than 100,000 barrels per day. It could do as much as 150,000-200,000 bopd. When you have a big field and drill a couple of wells, you have a confidence area. As you drill more wells, it grows. According to the seismic results, it should be closer to 200,000 bopd; if we go by the wells that have already been drilled then we are comfortable saying 100,000 bopd. This is a different order of magnitude, and we are looking at a much longer timeline than Otakikpo. It is horizon 2022.

How are you going to market the produced oil?
We have a pipeline that goes 6 kilometres offshore. Its onshore landing point is located 2 kilometres [from the Otakikpo field]. There is a shuttle tanker that collects the oil, which then goes into a third-party FSO. We have an agreement with a trading company that will then come to collect the oil. This will begin as soon as evacuation to the offshore pipeline commences. It’s one of the biggest trading companies in the world; however, we cannot mention its name yet.

You acquired exploration blocks 2514 A and B in Namibia in order to explore the basin. What are your plans for these blocks?
In Namibia we’ve been trying to do a basic study, partly because the country is just starting to deal with oil and gas companies. It took them a while to put structures together to give us access to data that is not in our block. We are finally at a point where we have access to other data and we can look at the entire basin.
Because we try to go for the best blocks, we will look at the entire basin and see how our block ranks: If it ranks highly, then we will bring in a partner. If we think that other blocks rank higher, then we will see how to get those blocks.

What countries and basins do you think have the most potential in Africa?
Part of the reason we haven’t done much outside of Nigeria is that Nigeria has so much oil – not only in the Niger Delta, but also in the Dahomey Basin. The prospective activity is so high that anytime we see a new opportunity abroad and compare it to Nigeria we see that we have more in the latter. Some companies will want to go to other countries, but if you are a company like us, with most of your assets in Nigeria, that diversification doesn’t help.

There is a huge gas market in Nigeria because of the demand for power. Will you be looking at any gas monetisation opportunities?
We are already in the gas business. In the Otakikpo field, we built a 6-MW power plant fed with some of the associated gas. We have that as a starting point and have created a gas and power company in order to focus on gas initiatives, Lekgas. Some assets that belong to Lekoil will be transferred to the gas and power business. We have to decide how we are going to manage to transfer pricing and at when this transfer will happen. It doesn’t matter in the early days [of the new company] because it’s 100% owned by Lekoil, but further down the line, we plan to list Lekgas on the Nigerian stock exchange. That will allow the Nigerian people to be a part of this business. However, that is three to four years down the line, and by that point we will have fine-tuned the inner workings.
There is 2-3 tcf [56.6 bcm-85 bcm] of gas in the Ogo field, just offshore Lagos.
We have a very strong demand across the board from industry users, from power producers and other oil companies that have gas businesses. Demand also comes from the government. We are going for both oil and gas developments.
The domestic market is a priority; here, there is a moral imperative. We are in a country that needs power. It also makes sense from a business perspective – gas pricing is good.

What is your strategy for continuing to attract investors over the next five years?
Investors have deep pockets and many of the institutional portfolios that we are in want us to grow bigger. Right now, we have a lot of people who say that if we can find really good return-type deals, they will support us. What we are building up, as a company, is the debt capability.
As we go into production on the oil side, as we are building large-scale developments, we need some debt. We are building that whole team and equity up all the time.
2016 has been a year of consolidation. 2017 is another year of expansion, in terms of revenues coming in. We will also take OPL 310 to the next level. It is likely to be another break-out year.