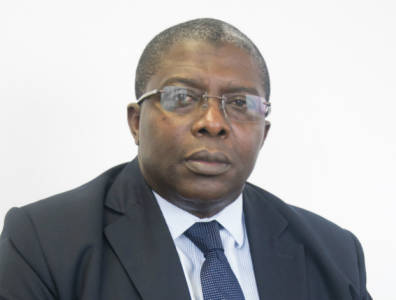 The EITI should try to have a greater impact on policy and decision making in the country.

Stay transparent: the EITI chairman on fighting graft in Congo-Brazzaville

The Extractive Industries Transparency Initiative (EITI) executive committee chairman and Congo-Brazzaville representative Florent Michel Okoko spoke with TOGY about his country’s past, present and future efforts to ensure transparency. EITI is an international collaborative effort aimed at promoting openness and accountability in the management of natural resource revenues.

How does the EITI help to combat corruption in Congo-Brazzaville’s oil and gas industry?

It is difficult to hide corruption in the oil and gas industry. There is too much tracking. Both the production and the shipments of crude oil are tracked. If an oil shipment of 1 million barrels leaves Congo-Brazzaville, of course the whole industry will know about it, so it is very difficult to sneak this by anyone.

Everyone knows the price of oil and gas today, so we can’t say that we don’t know how much the country sold or made. All of this information is well known throughout the industry, and all the data is published and public.

Our objective is to show that everything can be tracked in order to account for every payment. If there are payments that we do not understand – for instance, differences between the amount the state claims to have received and what a company asserts to have paid – then this will have to be clarified and this explanation goes into the EITI’s reports.

Once these reports are drafted, we publish them and make the documents available for all state institutions, including the Ministry of Hydrocarbons and the Finance Ministry.

If we are missing money, we do not shy away from publishing this fact. If there are differences in what companies claim to pay and what ministries claim to receive, we publish it, and let these institutions know.

The EITI will release its fifth report on Congo-Brazzaville in December 2014. How can the committee improve on its previous work?

The EITI needs to do more than release documents of numbers that verify payments from operators to the government. We also need to be able to explain these findings and put them in the context of the legal and regulatory environment of Congo-Brazzaville. The organisation should try to have a greater impact on policy and decision making in the country.

We can promote the creation of agencies that should exist in Congo-Brazzaville, but do not, such as a mining land registry office or an oil and gas registry office. We are putting in place an EITI information system with a database that allows us to more effectively inform the public of our results. The committee will make sure that a transparency law is passed through parliament, and that this is done before the end of this year. Different branches of the government are reviewing the bill.

This is all to say that we are playing an active role in the reform of the management of revenues from the extractive industries.

What is Congo-Brazzaville doing to be considered properly transparent? How does an EITI-compliant country stay compliant?

The country has three regular audits of its finances: Auditing agency KPMG audits the Ministry of Finance every trimester, the EITI does a report and the National Assembly does an internal audit. We also have reviews by the IMF.

Finally, Congo-Brazzaville, like all other EITI member countries, will undergo a re-evaluation of its compliance to ensure that its transparency has remained stable. This is expected to happen in 2015 or 2016. The re-evaluation is a fundamental concern of the country’s government, which is aiming to ensure that everything possible is being done to uphold transparency.