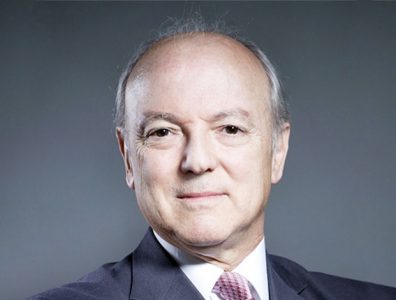 Because of a slowdown in demand and growing supply competition, prices on different markets have been converging towards a tighter and lower range of prices, thus making natural gas cheaper for buyers.

Expected share of LNG in global gas trade by 203515 percent

International Gas Union president Jérôme Ferrier tells TOGY about the convergence of global gas prices, the growing importance of LNG, and the place of Qatar as a leading gas supplier at the global level. The IGU represents 91 member countries operating and doing business in the gas industry, including Qatar.

What medium- to long-term trends do you foresee for gas supply and demand?

Worldwide gas reserves are considerable and constantly increasing due to exploration activities and the development of new resources, such as unconventional hydrocarbons. We estimate that conventional gas reserves can sustain more than 100 years of production worldwide, and unconventional gas reserves can provide for another 100 years. Global peak production is not yet an issue and demand keeps growing, driven by Asian countries such as China and India, but also by the Middle East. In the Arabian Gulf region, fast-growing demand for electricity generation is a key driver of gas demand, as most existing and new power generation plants in the region use gas.

How are LNG production and trade developing, and how does Qatar contribute to these developments?

Gas can either be transported through pipelines or processed at liquefaction plants and then shipped via LNG carriers. The development of LNG production and trade has brought more flexibility and liquidity to global gas markets because LNG shipments can follow demand trends and reach all countries equipped with LNG regasification facilities. This has fostered the development of spot markets. According to the IEA, LNG trade represented 10 percent of global natural gas demand in 2013. This figure could reach 15 percent by 2035, as countries such as Australia and the US undertake numerous LNG export projects.

Behind Russia and Iran, Qatar has the world’s third-largest gas reserves, and accounts for 30 percent of gas reserves in the Middle East. The country produces about 160 bcm (565 tcf) of gas per year, of which 123 bcm (434 tcf) are converted into 77 million tonnes of LNG for export. This makes Qatar the world’s largest LNG exporter, accounting for about 25 percent of global LNG exports. Of Qatar’s exports, 25 percent is marketed in Europe, 20 percent in Japan, and 18 percent in India and South Korea, respectively.

What are the advantages of long-term contracts compared to spot market sales, and how are spot markets developing?

Long-term contracts provide security of supply and demand, ensure project funding and reassure the financial and investment community. They provide the bedrock for current and future gas markets. Spot markets are supplied by the LNG trade flows and introduce flexibility and versatility, a necessary complement to ensure market fluidity. Spot markets should see their share increase in the future and allow producers and consumers to spread risks and offset market uncertainty and volatility.

How is Qatar positioned to face short-term changes in global gas markets?

Up until October 2014, natural gas prices tended to vary greatly in different parts of the world. Gas was sold around $4 per million British thermal units on North American markets, and around $15 per million British thermal units on Asian markets. Because of a slowdown in demand and growing supply competition, prices on different markets have been converging towards a tighter and lower range of prices, thus making natural gas cheaper for buyers. Lower oil prices are also playing a role in this convergence because many long-term gas contracts are oil-indexed. However, since oil-indexed gas pricing formulas are based on average oil prices over a certain period of time, the impact is neither direct nor automatic.

Qatar retains an advantage over its competitors thanks to relatively low production costs, but Australia will become a major competitor as it moves to complete seven LNG projects between the end of 2015 and mid-2019. The higher production costs of these projects will be partly offset by Australia’s proximity to Asian markets, particularly Japan and South Korea, which have historically been supplied by Qatar.

Qatar has also diversified its gas usage through the development of a strong petrochemicals sector, therefore further spreading market risks.