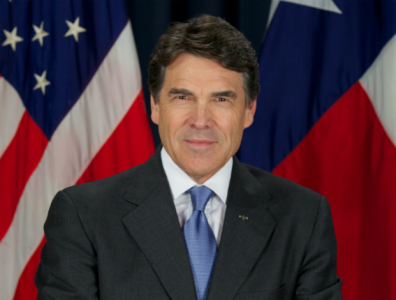 Competition is a good thing and it is what we need in this nation, to help create jobs and to bolster our economy.

Equivalent of real disposable household income for US citizens created by shale development in 2013$1,200

The powerhouse: Texas’ new oil boom and the benefits to the nation

With seemingly inexhaustible reserves, Texas is undergoing a surge in energy production thanks to the horizontal drilling and hydraulic fracturing of shale. Leading the charge are the Eagle Ford and Permian shales, which together host more than half of all drilling rigs in use in the US. Governor of Texas Rick Perry describes the benefits to the nation of Texas’ new oil boom.

How will the production of local hydrocarbons volumes create additional value for end users as well as promote the manufacturing and chemicals industries of Texas and the US?

In 2013, we saw flourishing oil and gas production from shale raise incomes and lower utility rates, creating the equivalent of $1,200 in real disposable household income for US citizens. Reliable and competitively priced natural gas supplies are spurring resurgence in growth and output for chemicals and manufacturing industries.

With multi-billion-dollar investments in production infrastructure, chemicals manufacturers today are expanding their plants, reopening mothballed facilities and building new ones, boosting industry output by $37 billion and creating more than 81,000 permanent jobs. Lower energy and feedstock costs for the chemicals industry benefit the broader manufacturing sector as well, particularly industries reliant on chemistry and plastics, including steel, textiles and automakers, to name only a few.

In what ways could the bolstering of Texas’ LNG export capacity encourage further investment in its oil and gas industry?

This booming industry, in combination with port expansions and the enlargement of the Panama Canal, further strengthens Texas’ position as an energy producer and exporter. We can multiply these benefits even further by allowing exports such as LNG to flow to more international markets, incentivising producers to continue to invest in the development of our energy resources for years to come. The US Department of Energy has approved two projects on the Texas coast already – the Freeport LNG facility and Cheniere Energy’s facility in Corpus Christi – and we would like to see additional projects approved in the coming years. Meanwhile, government agencies should continue working with stakeholders to ensure projects move swiftly through the state’s permitting processes.

What role will Texas play in both the domestic and international energy mix?

Texas’ hydrocarbons continue to fuel the nation, supplying 20 percent of US oil output, more than one-third of natural gas production, about a quarter of refining capacity and more than 50 percent of chemicals production. These traditional energy sources are an essential part of any strategy to reduce our reliance on foreign oil, and Texas will continue to play an important role in this effort. The more we encourage the growth of the Texan oil and gas industry, the closer we will come to energy independence as a nation. That’s good for consumers, it’s good for the economy and it’s good for national security.

What kinds of innovations have been implemented in order to develop unconventional oil and gas resources in Texas?

Since George Mitchell helped pioneer hydraulic fracturing and horizontal drilling, the hydrocarbons industry has thrived by applying advanced drilling techniques to varying geographies. They have been adapted to meet the demands of a diverse and shifting array of environmental and economic conditions. In parts of Texas where the drought has taken a hard toll on communities, and the land in the southern and western portions, we’ve seen producers chart new territory in water conservation through the recycling and reuse of produced water. In some cases, as is in frack water recycling and reclamation, producers have incorporated fracking techniques that use little or no fresh water at all. These accomplishments are no small feat.

What are some of the challenges currently facing the growth and prosperity of the oil and gas industry in Texas?

Texas’ thriving oil and gas industry is employing thousands, but is also putting a strain on the physical infrastructure in the region. For example, roads in the state were not built to sustain the current level of logistical activity that exists. That is one of the reasons why I asked the legislature to take steps to create an entirely new funding mechanism to build and maintain our roads. As a result, in November 2014, Texas voters have a chance to approve a new plan that will direct surplus severance tax revenue to critical infrastructure projects, improving road conditions for the Texans living and working across the state as well as ensuring our roads keep goods moving safely and efficiently.

How has Texas managed to remain the premier oil and gas producer in the US, in light of the exploitation of shale plays becoming viable in other locations throughout the country?

First – let me say that competition is a good thing and it is what we need in this nation, to help create jobs and to bolster our economy. I hope more states take a page out of our book.

In the past decade, Texas has been successful at pursuing common-sense policies that balance job creation with smart regulations. The state has fostered an economic climate that promotes new technologies and growth in the industry, while innovative drilling methods have opened up vast new areas of Texas to oil and gas production in shale formations, including the Barnett and Eagle Ford plays. It is a continuation of the tax, regulatory and legal policies that we have in place.

What is your outlook for the oil and gas industry in Texas in 2014 and 2015? What progress would you like to see accomplished?

Even as onshore production thrives, we stand ready to swell our energy supplies as leases begin to open up on the outer continental shelf.

The recently ratified US-Mexico Transboundary Hydrocarbons Agreement promises to unlock vast new oil reservoirs in the Gulf of Mexico. I would like to see Texas build on its pivotal position as the energy leader for North America, expanding critical oil and gas infrastructure and trade with our southern neighbour’s reinvigorated energy industry, especially on the back of the constitutional amendment passed in Mexico in December 2013, which should encourage far-reaching private investment throughout its hydrocarbons supply chain.

It’s also critical that we connect our refineries with Canada’s vast bitumen reserves via the Keystone XL pipeline, which is something I’ve called on the Obama administration to do time and again. With smart regulations, aimed at development and unbridled innovation, we will continue to lead progress toward greater energy security and prosperity.