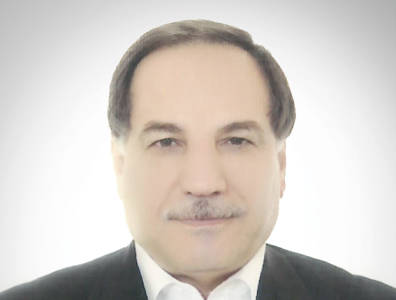 It is not only a matter of producing oil, it is also about how to market oil and how to best use the revenue from it.

The stakes are high in Iraq

Falah J. Alamri, director-general of Iraq’s Oil Marketing Company, better known as SOMO, talks to TOGY about balancing the need for revenues from record oil exports with low oil prices as a result of oversupply. SOMO is the trading arm of the Ministry of Oil and is tasked with the sale and marketing of all Iraqi crude available for export.

In June 2015, the Ministry of Oil lowered the country’s 2020 production target from 8 million to around 5.5 million barrels of oil per day (bopd). Is this a more realistic target?
We expect that oil production will grow by 300,000 to 400,000 barrels every year until 2020. By that time, we will presumably reach 5.5 million-6 million bopd, which is reasonable.
The future of the oil and gas industry in Iraq depends on the general stability and security of the country. During the second part of 2014, Iraq was plagued by unrest.
However, if the stability south of Baghdad can be maintained, the oil and gas industry will remain on track for expansion and improvement, albeit not at the same level we had anticipated earlier in 2014.
Oil output will continue to grow, as will exports. Over the next five years, the country will rehabilitate and expand its infrastructure. The administration of the Ministry of Oil is concentrated on increasing production.
More importantly, different sectors of the oil and gas industry now have a designated deputy minister at the Ministry of Oil, with the ministry taking a more hands-on approach to the industry. Due to a greater emphasis on training, more qualified people are working in the domestic oil and gas industry.
Additionally, international oil companies and other foreign companies have familiarised themselves with the ways of doing business in Iraq over the past few years. This, in tandem with increased co-operation with the Ministry of Oil, has facilitated smoother operations.

Should Iraq be targeting record production and exports in light of depressed oil prices?
The international markets are plagued by what could be referred to as supply shock.
Countries such as Russia, Saudi Arabia, the US and Iraq continue to produce at very high levels despite the fact that the oil price is under pressure compared with 2014.
This situation is exacerbated by the fact that the US is not an organised producer. There are hundreds of small producers in the market all competing against each other without a clear policy or a regulator. It is not only a matter of producing oil, it is also about how to market oil and how to best use the revenue from it. We have to produce oil according to demand from international markets.
We cannot continue to produce oil and expect to sell it all. At the moment, the global refining capacity cannot handle the oil glut.
However, because international oil companies have invested many billions of dollars in oil production in Iraq, we have to market and sell as much crude available for export as we can. The stakes are high for all involved.

What can Iraq do to reduce the bottlenecks in exporting its oil and gas?
Iraqi oil output has grown from about 2.49 million bopd in 2010 to around 4 million bopd today. This has created bottlenecks, especially as the quantity of crude intended for export grew in tandem to more than 3 million bopd.
Storage capacity stands at around 14 million barrels and will reach 20 million by the end of 2015. Iraq has 6 million-7 million barrels of oil in storage at any given time. By 2017, storage capacity should increase to 27 million barrels. Another 9 million barrels in additional capacity is in the planning stage.
More midstream work needs to be done on pipelines to increase the flexibility in transporting crude from the fields to the shore and onwards to the offshore export terminals. Additional pipelines to these terminals, where tankers are loaded, are particularly important.
As part of this, we will finish work on our single-point mooring buoys. We have three units in operation. A fourth is set to come on line later in 2015 and perhaps a fifth in 2016.