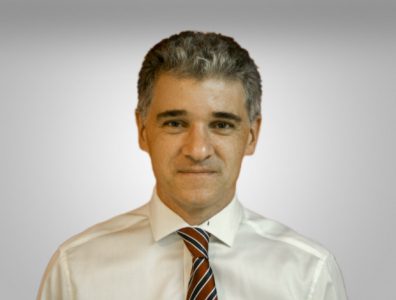 The changes made to the fiscal tax regime between 2010 and 2014 have been positive and led to substantial new investment in Trinidad.

Energy Chamber president and CEO Thackwray Driver talks to TOGY about some of the issues facing its members in Trinidad and Tobago today. The Energy Chamber is a representative organisation that includes around 370 companies in the country. The group lobbies the government on behalf of its members, as well as being a conduit for energy services companies to liaise with operators.

The key factor in Trinidad’s petrochemicals sector is to return to a position of reliable production. Our previously excellent reputation has been slightly shaken because of gas-supply problems from the upstream sector since 2010.

Fortunately, this is now beginning to change due to new investment upstream such as Melbourne-headquartered BHP Billiton’s commitments in deep water, UK company BG Group’s Starfish development and the BP Trinidad and Tobago (BPTT) Juniper project.

The big issue for the downstream sector is to make sure that it has the gas it needs to be a reliable supplier of petrochemicals. This will require further upstream investment. The country’s gas production needs to stay consistently above 113 mcm (4 bcf) per day, and this means constant re-investment.

The challenge is in arriving at the right investment climate where upstream exploration, production and development can be sustained because Trinidad and Tobago has seen a good amount of investment over the past two years.

The structure of Trinidad’s gas market means that it is not altered by changing domestic demand. It is all export-oriented production going into international markets. Gas demand in Trinidad only declines if there is a drastic global downturn in petrochemicals prices leading to a shutdown of production in Trinidad.

Throughout 2014, ammonia prices were good, averaging more than $500 per tonne. The problem for Trinidad is not a lack of market demand, but a lack of gas supply.

A similar situation is also found when discussing the plight of LNG. Trinidad wellhead gas prices have been pretty good in terms of their cost per million British thermal units because a great deal of LNG sales have made their way into Latin America and other high-price markets. Both the petrochemicals and LNG markets have, in large part, been fairly robust arenas in which to sell.

Why is BPTT’s $2.1-billion Juniper Project advantageous for Trinidad?

The biggest benefit is that it will deliver more gas and allow our industry to continue operating. With large offshore developments, such as Juniper, there are a lot of opportunities for services companies. Opportunities are not just directed towards international services companies, but also local services companies because the Juniper platform is being constructed at the La Brea Industrial Estate fabrication yard here in Trinidad.

The difference this time is that France’s Technip has been chosen as the engineering, procurement, construction and commissioning contractor for this project. In past platforms constructed for BPTT, the contract was undertaken directly by BP.

What is your medium-term outlook for Trinidad and Tobago? How are you lobbying on your members’ behalf?

We have seen a return of investor confidence as compared to a few years ago. The changes made to the fiscal tax regime between 2010 and 2014 have been positive and led to substantial new investment in Trinidad. Upstream operators are now able to offset all exploration costs against the Supplemental Petroleum Tax, up until 2017. This reduces the risk associated with new projects.

We have addressed the challenges the Petroleum Tax Reform, enacted in the Finance Act of 2014, by making a number of amendments, but we must revisit it, look at it in its entirety and restructure all of the legislation. We think that the time is right to rewrite the whole Petroleum Act in order to ensure the legislation accomplishes the country’s objectives.

The gas industry is profitable and I expect this for many decades to come. We still have significant exploration resources available and notwithstanding the current supply problems and a low natural gas reserves-to-production ratio of 8.2, according to the BP Statistical Review 2014.

In Trinidad and Tobago, there is an issue with the structure of state-owned enterprises within the oil and gas industry, particularly with respect to state-owned oil company Petrotrin, which is not structured in the best way to allow investment to flow into the upstream oil sector.

Over the past decade Petrotrin has concentrated investment in the refinery at Pointe-à-Pierre. There have been problems with the refinery, which required a lot of management time and capital, but the company must focus on the upstream, where the biggest gains can be made.

There are different models to utilise for Petrotrin, but the key is to get private capital invested into the acreage, whether it is a lease-out, joint venture or a divestment on the stock exchange. It is all about making decisions. Trinidad could double its oil production from existing acreage and reservoirs, but the right structure needs to be in place.