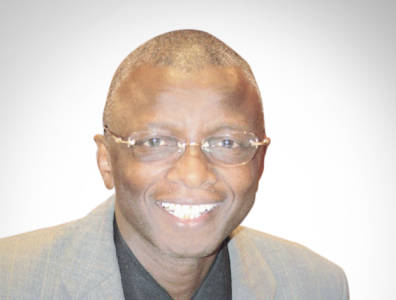 We are in a process of transition from the old to new world oil order, and no one – not OPEC, oil investors, states or speculators – can claim to solely control the course of events in the world of oil.

Mahaman Laouan Gaya, executive secretary of the African Petroleum Producers Association (APPA), talks to TOGY about the cause of the drop in oil prices and the prospects for and agreement between crude-producing countries to limit output, as well as the challenges the organisation has faced and its ambitions to further develop its activities. APPA is a platform for co-operation in the oil industry between its 18 members.

Why do you think the global oil price has reached record lows over the past year and a half?
We must remember that today, the price of oil no longer obeys market fundamentals. The law of supply and demand for oil alone no longer determines the price per barrel. Today, the oil market identifies with financial markets, and since its financialisation, crude oil has become a financial instrument and is listed on the stock exchange just like stocks, forwards, futures and other swaps. The “physical” market represents, at best, only 10% of actual total transactions in the global oil trade, the significant balance is based on fictitious and speculative movements.
In 2014, world oil production was about 89 million bpd, and the barrel price was quoted at USD 115 on June 15, 2014. In February 2016, the same production had risen to about 94 million bpd, quoted at USD 30. Thus, between these dates, production increased by 4.5% and prices fell by nearly 75%. This is still very disproportionate, so we cannot continue to say that it is uniquely the abundance of oil in the market that justifies the current fall in prices.
In this highly speculative atmosphere, there are powerful pressures and lobby groups that make and unmake the oil market. Unlike the past few years, oil prices are now determined in trading rooms where major oil companies – both majors and independents – and giant oil services groups are included with institutional investors, such as the mega-banking and financial institutions, the world’s largest commodities traders, insurance companies and hedge.
Therefore, oil prices are set through a complex and not-so-transparent process via an accumulation of successive rules imposed by some agencies to establish quotations and whose mechanism is entirely handled by these institutions. The key stock exchanges in this game are the ones in New York and London, and to a lesser extent, that of Tokyo.
One thing at least is certain. We are in a process of transition from the old to new world oil order, and no one – not OPEC, oil investors, states or speculators – can claim to solely control the course of events in the world of oil.

Do you think an agreement to limit crude production is likely?
The current price of oil is untenable for any of the above actors, and this situation, willingly or unwillingly, will inevitably lead those who are opposed to any rise in oil prices to change their attitude. The price war that started against each other for various religious, geopolitical and economic reasons – including the development of the shale oil and gas industry – has shown its limits.
The Arab Gulf states are already beginning to cut spending and boost revenue beyond oil, but analysts say they should do more and faster to curb these deficits and avoid social tensions. In North America, the industry of hydraulic fracturing and powerful lobbies are floundering. Shale oil companies are seriously indebted, and it seems that the banks are in the process of securitisation of their receivables, as it was in 2007-2008 during the subprime crisis.
It is for these unmentionable reasons that each new drop in oil price leads to great excitement in the financial and stock markets. Therefore, neither the members nor non-members of OPEC, nor the big investment banks nor speculators are in a comfortable situation. The bursting of this bubble is expected at any time.
Today, despite their differences, all major producers of hydrocarbons are going through an extremely tight financial situation, to the point where behind-the-scene dialogues are now taking place for an emergency meeting to achieve an eventual rebalancing of prices after the April 17 failure of talks in Doha, Qatar.

Why did the April meeting fail to reach an agreement?
The countries holding about 60% of world oil production met on April 17, 2016 in Qatar to ratify an agreement on a production freeze in January, in order to rebalance the oil market and return to sustainable prices. What happened? Since June 2014, the supply of crude oil on the market has exceeded demand, suddenly prices have drastically plummeted and the countries living on oil revenues can no longer balance their budgets.
To the USA – conspicuously absent from the meeting – the shale oil and gas industry is resisting slightly better than expected, but the number of drilling wells has declined significantly and defects have also multiplied, which affects the profits of Wall Street banks forced to increase their supplies.
This drop in oil prices does not help anybody, and with the risk of a “collective suicide,” all actors have an interest in coming to an agreement. But, the regional leadership squabbles over funds as well as geopolitical and religious differences did not allow the meeting to reach a consensus.
Some oil powers have also played a somewhat unclear role in these disputes. These countries have had quite ambiguous positions on the conditions for a freeze of their production. Only a 5% reduction in production by each country would have substantially raised the price of a barrel.
It is nevertheless ironic that during their discussions behind the scenes, all these countries have welcomed the decision to freeze their production and at the time of joining the collective effort, each stepped forward. It seems that for some “political issues and national pride are more important than the price of oil.” From there, it is clear that the credibility of OPEC has been seriously damaged, and this meeting has brought to light the deplorable state of relations within this organisation.
In all cases, the economic and financial reasons will eventually overcome the selfishness and all, willingly or unwillingly, will be forced to sit at the same table to avoid the downward spiral of their different economies. There are already whispers of holding another meeting in June 2016. The risks of social tensions in the different countries will oblige their governments to find a common ground.

What has the APPA accomplished so far?
After more than a quarter of a century of existence, the APPA has certainly made some progress, but in the current global economic context, much remains to be done. Given the current situation, the Council of Ministers wished for an assessment of the organs, bodies and other structures of the APPA and a reform of the association as part of its eighth five-year action programme (2012-2017).
The concerns that led the ministers of the APPA member countries to make such a decision are, among others, the result of its activities being deemed insufficient after more than 28 years of existence, the low level of co-operation between member countries in the oil industry and the lack of visibility of the association at the regional and international levels.
It also reflects a barely perceptible reaction to major global energy challenges, such as energy transition, energy poverty and climate change, and the low impact of actions of the association on oil activities in member countries, resulting from the lack of synergy between action programmes of the association and those of the national hydrocarbons companies, among others. The global concerns about environmental issues, the concerns of strong universal access to energy and lower oil prices are also important elements of the current context of the APPA reform.

How will the association develop its role in the coming years?
APPA’s ambition today is to break away from this lacklustre past to provide the necessary resources to respond to the real concerns of member countries and their populations. The association is seeking to effectively participate in the development of oil and gas activities on the African continent and increase local content.
We aim to guide the continent’s alignment towards the global energy guidelines set by the United Nations, such as the SE4All Initiative, the World Council of Petroleum, the International Energy Forum, the World Energy Council, the African Union, the New Partnership for Africa’s Development, and the African Development Bank.
APPA must have a strategic position in the global energy, oil and gas industry and promote its activities along the lines of similar institutions, such as OPEC, OAPEC [Organisation of Arab Petroleum Exporting Countries] and OLADE [Latin America Energy Organisation]. The objectives should therefore from now on be SMARTE – specific, measurable, ambitious, realisable, temporal and respectful of the environment.
After this reform, the legal status of the association must adapt to the new challenges of the global energy and oil industry and re-develop its texts in the light of the weaknesses identified, its new ambitions and the need to ensure its good governance.