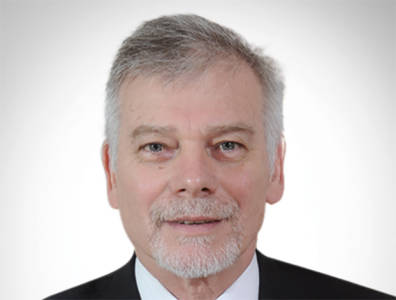 The price adjustment was absolutely necessary. The old fees were very outdated, and covered the requirements of the system, but not the energy and gas costs of the regulated sector.

Number of days gas is stored at the peak shaving plant: 300

Gas consumption in the summer: 6 mcm per day

Gas consumption in the winter: 20 mcm

TOGY talks to Horacio Cristiani, president of Gas Natural BAN, about the company’s extensive acquisitions, the logistics of distributing to greater Buenos Aires, changes brought on by fee adjustment and the significance of having built the only peak shaving plant in Latin America. Gas Natural Fenosa (GNF) has operated in Argentina as Gas Natural BAN since 1992.

What are the origins of the GNF’s involvement in Argentina?
After the original national gas company went private in 1992, there was a national tender. The country was divided into eight regions of distribution and GNF obtained one of the most important, containing 30 municipalities in the north and west of greater Buenos Aires, which is one of the most densely populated areas.
Our area spans from General Paz Highway in the north, along the coastline to Zárate-Campana, and includes La Matanza, Malvinas Argentinas and San Miguel departments to the west. The area is 15,000 square kilometres and includes around 8 million people with varied socioeconomic statuses.
In the north and along the coast, the socioeconomic level is middle to high income, with some areas of lower income. In the west, the income level is generally a bit lower. There are also expanding areas, semi-rural, including San Antonio de Areco, Carmen de Areco, Suipacha and Exaltación de la Cruz, which include some urban areas and a large number of rural families.

Could you describe the evolution of the company in the country?
Our evolution has been positive, in terms of a growing client base and improvement of service.
When the state gas company was privatised, important advances had already been made in the Argentinian industry. It’s not as if GNF arrived in a country that needed to develop.
At the time, we had around 950,000 clients. Today, we have more than 1.6 million, with a potential growth of 300,000-350,000 clients in an enclosed and mature market such as greater Buenos Aires, and advancing into areas that are growing in population, such as Pilar.

How has gas distribution in Argentina evolved during the same time?
Growth at the country level in the past few years has been around 3-5% of annual growth, depending on the area, although there’s still a lot to develop in the northeast area of the country.
When the state gas company was privatised, there were eight regions granted to distributing companies. Years later, in 1995, there was a tender for the ninth region, in the northwest, which is the least developed in terms of gas distribution. It will develop, we hope, when the Northeast Argentine Gas Pipeline [GNEA] is completed.
It was tendered by the previous government. With the change in administration, the project will need more encouragement, as there is no specified end date. This is part of the plan for infrastructure development that the government has for the Argentine northeast, through President Mauricio Macri’s Belgrano Plan.
Beyond the gas pipeline itself, it’s important to build secondary grids to feed big cities, so this also means big investments.

What is the presence of GNF in the rest of the country?
In 2014, GNF bought CGE [Compañía General de Electricidad] in Chile. It was a big investment, around USD 6 billion, and it included, to a great extent, the country’s electrical distribution.
CGE is also a 50% owner of Gasnor, which operates in the provinces of Salta, Jujuy, Santiago del Estero and Tucumán as the gas provider for the north of Argentina. Gasnor serves around 500,000 gas clients.
Regarding electricity, CGE is also the 50% owner of Edet [Electricidad de Tucumán], which provides energy in Tucumán; a 45% stakeholder in Ejesa, the electricity company in Jujuy; and a 100% shareholder in the energy in San Juan. Combining gas and electricity distribution, there are more than 2.3 million clients in Argentina.
CGE participates in the gas pipelines that connect Argentina and Chile, with GasAndes and Gasoducto del Pacífico. That is the general presence of GNF in Argentina and Chile.

Can you tell us about your peak shaving plant?
At the time, it was a mandatory investment. GNF began building it in 1993 and finished it in 1995. It is the only peak shaving plant in Latin America, though other plants handle regasification and liquefaction in the country. A peak shaving plant has both a gas liquefaction module and a vaporisation module.
As there are no electrical plants in our distribution area, we have a very pronounced peak in winter, when residential consumption is very high. In the summer, we have a regular consumption of 6 mcm [212 mcf] per day, and in the winter we reach 20 mcm [706 mcf] per day. If we had to cover those peaks in winter with contractual firm transportation capacity, the cost would be too high.
The peak shaving plant stores vaporised gas for 300 days, taking it from the grid and liquefying it in an LNG tank. During peak consumption, which lasts 10-15 winter days, the stored gas is vaporised. This plant is an important asset for the company.

How will the new administration’s encouragement of industry influence the gas distribution infrastructure in the country and impact GNF?
There are important investments to be made. It has always been imperative to continue investing in gas distribution infrastructure. Maintenance, replacements and expansion of the system can’t be neglected if we’re to respond to the growth in demand over the past few years.
In the past decade, Argentina had very cheap, outdated fees, and gas consumption rose to unexpected levels that could not be met by the country’s infrastructure.
Though expansion to new users was restricted in some areas of the country, our policy has always focused on expanding the client base. While our policy of expanding the grid wasn’t aggressive, we facilitated as much access to the grid as possible through different mechanisms.
As a gas distributor, our margin is provided by users. We have a long-term plan, which depends upon clients and their consumption. In terms of distribution, important investments are required to be able to expand the system with improved speed and direction, particularly in the area of Buenos Aires.
With gas, unlike electricity, not all houses and neighbourhoods are eligible. Families that use gas have fewer resources, so we need to pursue investment, and be able to appropriate the grid to accommodate these areas of greater Buenos Aires, and the company will grow as a consequence.

How has the recent change in gas prices affected GNF’s expansion plans?
The price adjustment was absolutely necessary. The old fees were very outdated, and covered the requirements of the system, but not the energy and gas costs of the regulated sector.
In addition, an integral fee adjustment will take place next year, and continue for the next five years. In Argentina, gas is still competitive compared to substitute energies, even after the price increase.
Gas is cheaper than LPG, which is used by families with lower incomes. As gas fees are divided by consumption segment, we generally find a linear correlation between use and buying power, which is not the case with electricity.
Areas that use less have a cheaper referential fee. Overall, in areas with lower income, natural gas is a cheaper option, and this is where our potential for growth lies.

Have you already seen changes in demand related to the price change?
Not yet, because demand is always related to weather. The past two winters have been very warm, though this fall has been very cold, which means consumption is higher than in previous years. It is difficult to differentiate the trend in savings due to the fee change spurred by the weather.
However, I believe we will see a fee-related impact. As a non-renewable resource, gas must be used efficiently, and I think this is possible in both industries and homes.

Are there other issues in the industry that can now be addressed and corrected, after having been stalled for the past few years?
Two basic elements of the regulatory system are to be changed. The first is the normalisation of the gas regulation entity. For many years, the state has intervened in gas prices, which has continued with the new administration. They now intend to normalise this entity and elect the authorities, as prescribed in the gas law.
This is important, because the Argentinian regulation process has always been exemplary. After being presented in the 1990s, the model was adopted by many other countries. While there have been some distortions in the past few years, the essence has remained.
The other key change is an integral fee revision, which will set fees for the next five years, after costs, investments and reasonable profitability for the investor have been assessed. We hope to implement these changes in the first trimester of the year after the fees are set, as the process takes some time.
Regarding the other base of the regulatory system, I’d say that the normative has to be updated, but it’s largely fine. The challenge of the regulatory entity is to encourage the use of natural gas in both the residential and industrial markets.
Periodic revisions of internal installations are also key in Argentina, another responsibility that the regulatory entity needs to encourage. Revisions, repair and adjustment of installations have a very strong impact, and we can develop new means of providing the needed repair. Safety of installations must be encouraged, having been neglected for many years.
Argentina has been a pioneer in vehicular natural gas, but we would like to advance toward the light vehicle the heavy vehicles like trucks and buses and other forms of transportation. I think there are good opportunities.

How can GNF help the state technologically improve and advance?
We can contribute the experience we have gained by working globally. GNF has a branch solely dedicated to energy solutions.
We can also help with financing and initiatives. At the industrial level, this is also necessary to ensure that installations are adequate and renewed. Proper financing is important. There is encouragement in the energy industry to save and be efficient, even beyond environmental concerns.

How do you expect the gas supply in Argentina to evolve over the next few years?
We appraise, every year, restriction in the industry over winter. Restriction occurs in other seasons as well, as in many countries. Until 2003, 2004 and 2005, distributors had firm and interruptible contracts with the industry. This system worked, because gas supplies could be cut off for 10 or 15 days in winter, when fuel or gas oil would be cheaper. Those who couldn’t, or wouldn’t use anything else would have firm contracts. This is no longer the case.
Due to the lack of gas in winter, businesses didn’t receive it, whether or not they were contractually assured. The offer needs to increase, to correct these discrepancies in the system.
Beyond developments in Vaca Muerta, which will take time, as well as those in conventional gas, I believe the need to import gas will continue to be significant. Imports of natural gas from Bolivia and Chile will be maintained and may increase.

Where would you like GNF to be positioned in Argentina within five years?
Last year, we developed a plan for 2020 that must be revised, as we had expected the price adjustment to come later.
We expect an increase of 200,000 new clients, which would allow us to maintain our position as the second-largest gas provider.
On a national level, our strategic plan includes expanding our presence in provinces where we distribute gas and electricity. We will increase synergy and efficiency among our distributors, as well as our investments in gas and electricity services.