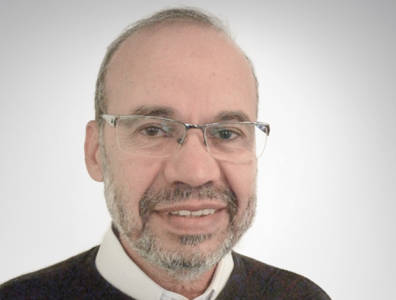 There are several structures similar to Zohr in the Mediterranean, and we think that there will be more discoveries in the same area and in the same structure.

Samir Abdelmoaty, the Egypt country manager of Beach Petroleum, talks to TOGY about the improvements needed in supply chain management and the main attractions for foreign investors in the Egyptian oil and gas market. Beach Energy is a junior E&P company that has the majority of its most prolific producing basins in Australia. In Egypt, Beach Energy has a stake in the Abu Sennan, El Qa’a Plain and North Shadwan concessions.

What would you say are the major factors exploration and production companies entering the Egyptian market are looking at?
Egypt has a lot of attractive points for investors. In the oil and gas industry, Egypt has a lot of potential resources, a lot of uncharted territory with the potential for discoveries and a huge domestic market. It can absorb production and as far as human resources, you can find very skilled people. That will reduce the costs of any IOC that has to bring expats into the country.
The infrastructure in the oil and gas business is also great. Egypt has changed a lot in the past few decades and is trying to improve the investment environment every year to accommodate oil investors’ desires and requests. All investors are free to exchange and repatriate their revenues to their countries. There are no restrictions as there are in other countries. We have huge resources potential, human resources, the investment environment and the infrastructure in Egypt.
Another attraction point is that concession agreements are issued by law and cannot be changed unless it goes back to parliament. That is a protection for the investors. Egypt has a track record in helping companies with their concession agreements. They have tried to solve their issues with the partners on win-win bases.
Of course, there is the issue of deferred payments. I believe this is just a temporary issue because of what has happened in the past few years. I’ve heard from some of the companies that their receivables have been reduced to zero. There are problems regarding payments, which are in partly Egyptian pounds and partly in dollars, but at least they are trying to solve this issue as soon as they can. This issue, for sure, has some impact on the business.
Additionally, Egypt is now a net importer of oil and gas. The demand is very high, so whatever you discover will be sold immediately. You are not going to have trouble finding a buyer. The fiscal terms, of course, are very attractive. The PSA is very attractive because it’s based on competitive bids, but still the companies are making money. There are companies that have been working here for 40-50 years. There must be something good about it.

What exactly do you see for the future for Egypt’s oilfields? Is it any technology or technique that you think is going to be key in order to make the most of these reservoirs?
Each basin has certain amount of hydrocarbons, which can be estimated by studies. The recovery rate from these basins is very small, standing at 40-50% in some of the fields, with 50-60% still unproduced. You can discover them, but you will never produce from them because of the recovery factors.
So, if you increase the oil recovery rate by only 10% from 30% to 40%, that’s billions of barrels in Egypt. Technology is the key to try to enhance the recovery of this oil. You can use either EOR or tertiary oil recovery, but technology is needed to increase the recovery rate of these resources.
With new technologies, we can produce more and more oil and gas every day. It is just unconventional. For example, we never thought about producing from shale in the past due to a lack of technology. Now, we are producing from shale.

Is shale in Egypt located in frontier areas?
Every well we drilled in the Western Desert and Nile Delta had shale with gas shows. This means there is a huge potential for unconventionals. However, it still needs investments, technology and the right model agreement, because the current agreement model is only for conventional.
Unconventionals have different parameters and terms, which is why the agreement has to be modified to match or accommodate the changes of the different technology, the terms of the contract and the recovery of the cost. That is why the Egyptian General Petroleum Corporation (EGPC) and the Ministry of Oil are working on what should they do with the agreement to attract investments. They already have a deal with Apache and Shell as partners in the Western Desert.
If a company is planning on hunting for unconventionals, another attraction here in Egypt is the PSA agreements. We are using a PSA that has gone through a lot of amendments based on the bid rounds. They can see what a contractor is looking for and what terms they can change to help the contractor discover more and make more money.
For example, they are now changing the gas pricing terms of some of the concession agreements to address cost recovery. There have been lots of changes in concession agreements just to try to work with the partners to improve the environment for the upstream sector.
There is also a lot of flexibility. Actually, four years ago EGAS called all the contractors interested in the gas business and asked what they wanted. It was a great event. They listened to us, started to take some of our suggestions and complied. This was in 2012.

Do you foresee something like that happening again?
They are continuously discussing these things. This has been the new environment since Sherif Ismail was the minister of petroleum. He knows what the issues with the companies are and the things that bother the contractors. He needs the partners and the partners need Egypt, the government and the ministry. We all need to work together. He was always talking about changes needed in each model agreement. There is always at least one article changed or one item that will be changed every time.

Is there any kind of regulatory change you feel that EGPC could make in order to encourage more discoveries?
They have already started doing that. Recently, they formed the regulatory affairs division of EGAS to take care of the gas business in both upstream and downstream.
We are encouraging them now to deregulate the gas business. Deregulation means companies working in the upstream sector can sell directly to users. The government shouldn’t buy the gas from upstream companies and then sell it to the end user. There you need the deregulation. Of course that is not something easy. We expect that it will take 10 years at least, but we need to start now. They know and already started working on that, but they will need some expertise from the executives of the IOCs.
We are entering an era that will make the gas business boom after the discoveries. There are several structures similar to Zohr in the Mediterranean, and we think that there will be more discoveries in the same area and in the same structure. We have better tools, but drilling in deepwater is very high risk. Companies like to stay in their comfort zones. However, carbonate buildups will become easy to drill. In Egypt, there is still potential, which is why it is our primary target.

In the next two years, what is Egypt’s greatest opportunity in the oil and gas industry?
I believe Zohr will be the biggest discovery in the Mediterranean. We had started with the shallow water exploration, and we have moved a little bit deeper. We are still looking for the big prize.
Where is the big prize? The hydrocarbons and sand will come through channels and then be deposited in the alluvial fans. We have not found the fans yet. That is where the big prize is. That is what most of the companies are after. What we have found so far are the channels, but we haven’t found the alluvial fan yet.
On the oil side, there were a lot of discoveries in the past 10 years. This includes a lot of discoveries in the Western Desert, either in the conventional zones or deeper. For example, the deeper Jurassic targets are now starting to produce because of the experience of the people working in the area and the technology. Maybe 15 years ago we couldn’t view images below a certain level. The noise and the data were very bad. Now we can see. If you can see, you can find your structure and you can drill it and find something.
This all takes time, money, expertise and the guts to do it. Apache actually unlocked a lot of these layers. We are still finding oil in the zones we discovered several years ago. We still discover new oil in the old fields.
Egypt is still largely unexplored. For example, Upper Egypt is unexplored, but Ganope has plans to do that. They are working on multi-client surveys, to just explore the area. The chairman of Ganope has talked about their plans to attract investors to the area. They have plans not only in the Western Desert but also in the Red Sea. There is still a huge potential, but it needs a lot of work and money.

What is behind the initial sell offer for the Abu Shennan and El Qa’a Plain concession?
Beach is one of the major oil producers in Australia. They moved out of Australia to work internationally some years ago. They had interests in three countries: Romania, Egypt and Tanzania. However, because of the environment, the huge growth in Australia business and the size of the company, the board made a decision to just focus on Australia and get out of all international commissions. The reason for the decision was not country specific.