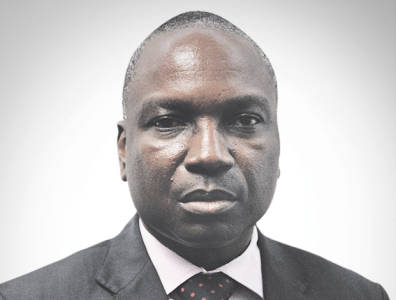 "The establishment of a regional gas company will bring substantial benefits for the region’s population."

Amount of gas flared by Nigeria every year283 mcm

What is Sonagas’ approach to developing the country’s natural gas resources?
Our objective is to monetise every gas molecule to the maximum. One strategy is to reduce gas flaring in order to ensure profit from a resource that will otherwise be wasted.
The national hydrocarbons law sets certain limits to flaring, but one of the best strategies for monetising gas has been the development of the LPG processing plant, Bioko methanol plant and Equatorial Guinea LNG plant. This was a great step for the country, but there is still a significant quantity of gas being flared that could instead be utilised.
We have seen new discoveries of natural gas that will allow us to increase production not only for local use, but also for exports. Blocks O and I, operated by US exploration and production company Noble Energy, and block R, operated by UK upstream player Ophir Energy, will boost production once they go on line.

How can Equatorial Guinea balance supplying natural gas for domestic use and using it for petrochemicals and power generation?
The utilisation of natural gas for domestic consumption is more advanced than that for industry. Unfortunately, the current infrastructure in place does not allow us to satisfy national demand.
We are expanding the LPG processing plant through an investment of $6 million. This will allow us to increase production from 200 to 3,000 bottles per day. The modernisation is of such scope that it can actually be considered a new plant altogether. We expect it to be fully operational by mid-2015, allowing us to meet most of the domestic gas demand.
We are also working on transferring part of our LNG production to the continental region to be used as fuel at the 24-MW power station in Bata, since it will be cheaper than the fuel oil the plant is currently using.

What concrete steps can Equatorial Guinea take to become a regional gas centre?
We recently signed a preliminary agreement with a Nigerian company to look at the prospect of processing Nigerian gas in Equatorial Guinea. We would like to take advantage of the gas that gets flared in Nigeria, which stands at around 283 mcm (10 bcf) per year. This will also lead us to look into how to use the gas we ourselves are flaring at our fields.
Though we are still discussing how to properly process this incoming gas, a new train at the Equatorial Guinea LNG plant presents an interesting option. The important thing is that the gas gets transformed here. The process will consist of several development stages. Initially, it will be necessary to build an international pipeline, which will require regulation.

How do you assess the potential for developing a regional gas company?
Our future co-operation with Nigeria will set an excellent precedent for the organisation and development of gas resources that a regional company can build upon. Besides the economic benefit of developing natural gas resources by taking advantage of economies of scale and larger target markets, the establishment of a regional gas company will bring substantial benefits for the region’s population.
Both Ghana and Côte d’Ivoire, the other potential members of the Gulf of Guinea Regional Gas Company, together with Equatorial Guinea, have huge in-country demand for gas. Being able to count on a secure gas source from other sub-Saharan African countries would be very beneficial for their populations. Because of this, it is an important issue on a social level as well.
Unfortunately, the recent Ebola outbreak in West Africa has delayed further discussions on the creation of the regional gas company because travel in the region has been severely restricted as part of efforts to control the outbreak.