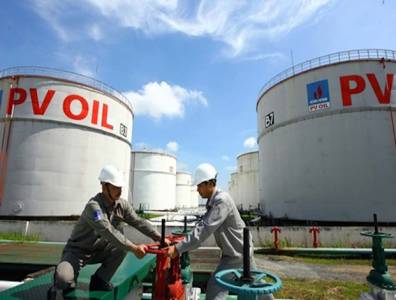 KUALA LUMPUR, June 19, 2015 – The state-run oil and gas company PetroVietnam acquired all upstream assets belonging to US exploration and production operator Chevron for an undisclosed price, the Vietnamese company announced on Wednesday.

PetroVietnam will take over Chevron’s shares in three offshore blocks and in a natural gas pipeline project that links these three blocks to southern Vietnam.

PetroVietnam will also acquire shares in Chevron Southwest Vietnam Pipeline, which holds a 28.7-percent working interest in a pipeline project that would deliver natural gas from offshore Vietnam to gas users in the country.

“The block B gas project is PetroVietnam’s main oil and gas project,” Nguyen Xuan Son, chairman of the company’s members council, said in statement. “The project is of major significance, contributing to ensure the energy security of the country and promoting the socio-economic development of the region,” he added.

Shell to end shale activities in Ukraine
Next

Bolivia to open up to exploration