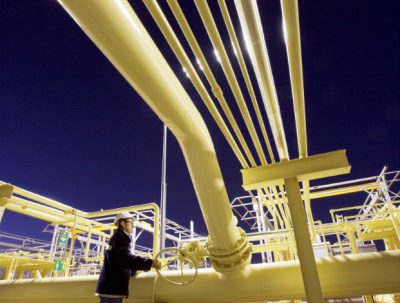 JOHANNESBURG, August 20, 2015 – Gigajoule International is considering a gas sales agreement involving Afro Energy’s coal bed methane project in South Africa. The South African natural gas transporter and distributor has signed a memorandum of co-operation with Afro Energy, a joint venture between Australia’s Kinetiko and South Africa’s Badimo Gas, for the supply of methane-rich gas from the Amersfoort development in the Main Karoo Basin.

The memorandum is valid for three years, though can be extended by mutual consent, and will see the companies conduct a pre-feasibility study that could lead to gas purchasing deal.

Since beginning exploration in 2010, Afro has drilled 21 pilot wells at Amersfoort. The development covers an area of 1,600 square kilometres located around 250 kilometres east of Johannesburg. It is estimated to contain prospective resources of 68 bcm (2.4 tcf) of gas in place, with an additional 42.5 bcm (1.5 tcf) of upside. Kinetiko owns a 49-percent operating interest in the project, and Badimo Gas, a Black Economic Empowerment controlled entity, holds the remaining 51 percent.