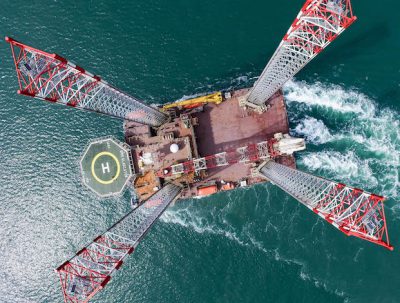 ABU DHABI, November 14, 2018 – Abu Dhabi-based Zakher Marine International Inc. group (ZMI) has announced the conclusion of USD 125 million in financing supported by Sinosure for the expansion of its fleet.

The deal marks the first Sinosure-supported transaction in the region for a private company in the offshore oil and gas support services sector, the company said in a press release on Wednesday.

The new fleet expansion builds on ZMI’s acquisition last year of the QMS Achiever, and enhances the company’s capacity to provide offshore oil and gas services in the UAE and the wider Gulf region.

“This transaction is a first of its kind in the region, paving the way for a long relationship with our financing partners locally and internationally,” Ramzi Al-Sewaidi, head of strategic projects at ZMI, said. “This acquisition highlights ZMI’s strength and ability to achieve sustained growth and continued diversification.”

Also known as China Export & Credit Insurance Corporation, Sinosure is China’s official export credit agency (ECA). HSBC acted as sole ECA co-ordinator, and the transaction also included Mashreq Bank, acting as the bookrunner for the deal, as well as Bank of Communications, based in China.

“We were delighted to support ZMI on this exciting transaction and congratulate the company on the growth of their fleet,” HSBC’s head of export and specialised finance MENAT, Manav Futnani, also commented. “As financial markets in the GCC continue to develop, we see ECA-supported asset financing becoming an increasingly attractive solution for corporates across the region that are looking to grow their business.”

“The successful close of this landmark financing, which was well oversubscribed, reinforces ZMI’s credentials in the offshore oil and gas sector,” Mashreq Bank’s sector head of energy, Badar Chaudhry, said. “The transaction also demonstrates the strong appetite in the GCC financial markets for well-structured asset financing opportunities to support key corporates in the region.”