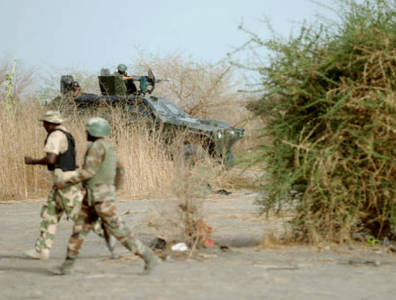 ABUJA, November 28, 2017 – Amnesty International on Tuesday demanded that Nigeria, the Netherlands and the UK investigate alleged Shell complicity in human rights abuses committed by the Nigerian army during the 1990s.

“The Nigerian military’s campaign to silence the Ogoni people’s protests against Shell’s pollution led to widespread and serious human rights violations, many of which also amounted to criminal offences,” said Amnesty in a statement.

The rights organisation also published a cache of documents which it says show the super-major’s complicity in the abuses perpetrated in the Ogoniland region.

“The evidence we have reviewed shows that Shell repeatedly encouraged the Nigerian military to deal with community protests, even when it knew the horrors this would lead to – unlawful killings, rape, torture, the burning of villages,” added Audrey Gaughran, Amnesty’s director of global issues.

“In the midst of this brutal crackdown Shell even provided the military with material support, including transport, and in at least one instance, paid a military commander notorious for human rights violations. That it has never answered for this is an outrage.”

Shell has denied the allegations.

“The allegations cited in your letter against [Royal Dutch Shell] and [Shell Nigeria] are false and without merit. [Shell Nigeria] did not collude with the military authorities to suppress community unrest and in no way encouraged or advocated any acts of violence in Nigeria. In fact, the company believes that dialogue is the best way to resolve disputes. We have always denied these allegations, in the strongest possible terms,” the Shell Petroleum Development Company of Nigeria told Amnesty.

Oil slips ahead of US data, OPEC meeting
Next