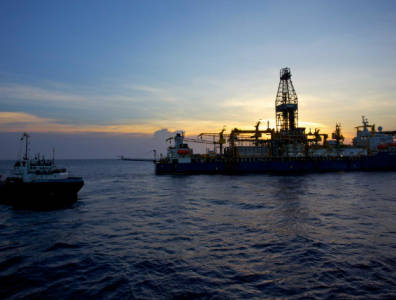 BOGOTÁ, July 29, 2015 – Anadarko Petroleum has announced a gas discovery in the Fuerte Sur block offshore Colombia. The Kronos-1 discovery well was drilled in 1,584 metres of water using the Bolette Dolphin drillship to reach a total depth of 3,720 metres. It encountered 40-70 metres of net natural gas pay, the company has confirmed.

Anadarko will continue drilling at Kronos-1 with the goal of reaching a second, deeper objective. The Bolette Dolphin, which is being leased from Norway’s Fred. Olsen Energy, is then expected to move to the company’s Calasu prospect, located around 170 kilometres northeast of Kronos in the the Fuerte Norte block.

Anadarko holds a 50-percent operating interest in the Fuerte Norte and Fuerte Sur blocks through its Colombian subsidiary. Together the blocks comprise an area of 18,211 square kilometres. Colombia’s state-owned oil and gas company, Ecopetrol, owns the remaining 50 percent.

Anadarko’s discovery follows a 5,500-square-kilometre seismic survey of the Fuerte blocks carried out for Anadarko by CGG in 2013. Anadarko has rehired the French company to conduct a new, 16,314-square-kilometre survey in the Grand Col area of the offshore COL-1 and COL-2 blocks, in which it holds a 100-percent working interest. The data is expected to become available by the fourth quarter of 2015.

The discovery is good news for the Colombian government, which is banking on an offshore push to combat the country’s declining reserves. Colombia is estimated to have 6.8 years of oil and 13.7 years of natural gas reserves, according to BP’s 2015 Statistical Review.

Kuwait awards $11.5 billion for refinery
Next