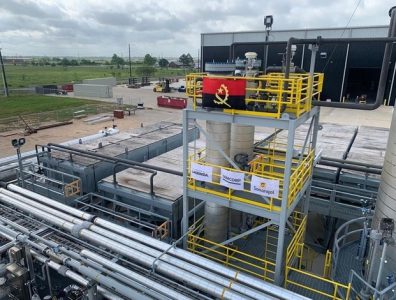 LUANDA, May 4, 2022 – Equipment for the upcoming Cabinda refinery in Angola has been successfully tested at a facility in Houston, Angola’s Ministry of Mineral Resources, Petroleum and Gas announced on Tuesday.

Shipping is in process for implementation at the site.

The greenfield Cabinda refinery situated 30 kilometres north of Cabinda, Angola, will have the capacity to process 60,000 bpd when fully operational in Q2 2024. The first phase is expected to come on line in 2022.

The refinery is being built through a partnership between Angola’s state-run Sonangol and London-based investment management company Gemcorp Capital, with 10% and 90% shares respectively.