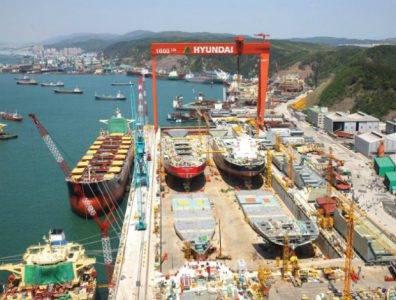 NEW DELHI, January 6, 2017 – Fox Petroleum has signed a deal with Hyundai Heavy Industries for the construction of a floating storage and regasification unit (FSRU).

The USD 560-million contract will see Hyundai construct Asia’s biggest FSRU, with a processing capacity of 28.3 mcm (1 bcf). It is expected to be completed by late-2018, after which it will moored n 40 metres of water

The vessel is intended to serve Fox’s USD 1.05-billion Karnataka LNG development in southwest India. A memorandum of understanding was signed with the state government in April 2016 for the project, which includes 330,000 square metres of storage capacity and an LNG plant at Karawar in Karnataka. The mix of facilities is expected to create around 3,000 jobs, 90% of which are intended for local workers.

Among the other entities vying for the FSRU contract were Samsung, Excelerate and Exmar.