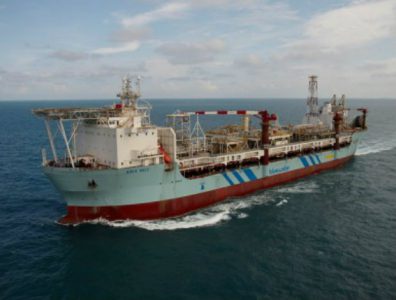 ABERDEEN, August 7, 2015 – Bluewater Energy Services has been awarded an engineering, procurement, construction and integration contract for a turret and mooring system, the Dutch engineering company said in a statement on Thursday. The system will anchor the Rosebank floating production, storage and offloading vessel (FPSO).

The contract calls for Bluewater to permanently anchor the Rosebank FPSO offshore in UK waters, 175 kilometres northwest of the Shetland Islands. The Rosebank FPSO is 80 metres high, making the mooring and turret system one of the largest in the world.

Rosebank was discovered in 2004 and is estimated to have 240 million barrels of oil equivalent in recoverable reserves. Once completed, Rosebank will account for 36 percent of floating platform spending in northwestern Europe and will produce 100,000 barrels of oil per day.

The joint venture Rosebank project is owned by Chevron with a 40-percent interest, integrated oil and gas company OMV with a 50-percent interest and Danish energy company Dong E&P owning the rest.