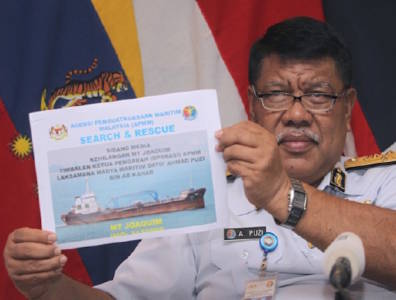 KUALA LUMPUR, August 10, 2015 – On Monday, August 10, a Singaporean oil tanker was discovered near Rupat Island in Indonesian waters with all of its cargo missing. The MT Joaquim, reported missing on Saturday morning, was carrying 3,500 tonnes of marine fuel oil worth $700,000, and was traveling from Tanjung Pinang, Indonesia to Langkawi, Malaysia.

According to Malaysian newspaper the New Straits Times, Malaysian Maritime Enforcement Agency deputy director general of operations Ahmad Puzi Ab Kahar said that 19 vessels and four aircraft had been deployed in the search effort for the vessel. He added that the investigation and search for the hijackers was ongoing.

The ship’s 10 crew members were released on Sunday morning and are reported to be safe with only one minor injury.

The hijacking is just one such incident among several in the Strait of Malacca in 2015. In June, 6,000 tonnes of petrol were stolen from the MT Orkim Harmony and in May, more than 2,000 tonnes of gas oil were taken from the Ocean Energy.