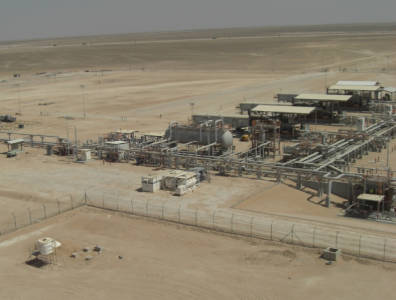 MUSCAT, November 8, 2016 – BP and Oman on Tuesday agreed to amend the Oman Block 61 exploration and production sharing agreement (EPSA) in order to extend the licensing area and pave the way for the second phase of the Khazzan gasfield project.

Under the amended EPSA, the 2,700-square-kilometre block sees the addition of more than 1,000 square kilometres to the south and west of the original area. Operator BP and parther Oman Oil Company Exploration & Production aim to access additional gas resources in the newly added acreage. Final governmental approval is set for 2017, with first gas to follow some three years later, BP said.

“BP is proud to expand our cooperation in the Khazzan project which will be the major source of energy for the Omani economy for decades to come,” BP Group Chief Executive Bob Dudley said in a press release. Khazzan production is projected to account for 40% of Oman’s total gas output.

Also commenting on the agreement, Minister of Oil and Gas Mohammed Al Rumhy said that Khazzan was “on track to deliver first gas near the end of 2017.”

“I am delighted to see BP taking additional acreage that will result in realizing more gas reserves and more production of gas that our country needs to support our energy planning and requirements,” the minister added.