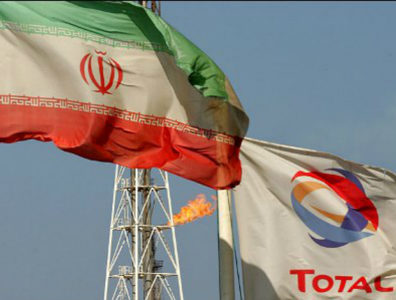 PARIS, November 8, 2016 – As expected, Total on Tuesday signed a heads of agreement with National Iranian Oil Company (NIOC) for phase 11 of the South Pars development project.

Total will head a consortium comprising China National Petroleum Corporation, which will hold a 30% stake, and NIOC subsidiary Petropars, with a 19.1% share. Total holds the remaining 50.1% interest in the venture, which is projected to deliver 50.94 mcm (1.8 bcf) per day.

The work, which will be executed in two stages, will see the companies drill wells and construct the necessary infrastructure. “The first phase, with an estimated total cost of around $2 billion, will consist of 30 wells and two wellhead platforms connected to existing onshore treatment facilities by two subsea pipelines,” Total said in a statement, adding that phase two – the construction of offshore processing facilities – would be rolled out once required by the reservoir conditions.”

The final contract, which will be prepared within the framework of the Iranian Petroleum Contract, covers a period of 20 years and represents a total value of around USD 4.8 billion. It is expected to be signed in early 2017. Upon signature, Total will begin engineering studies and launch tenders for construction contracts.

The first-such deal since the sanctions against Iran were lifted, Tuesday’s agreement sees Total and CNPC beat competitors Eni, Lukoil, OMV, Pertamina, Shell and Sinopec to a field development project in Iran.

Commenting on the preliminary agreement, Total CEO Patrick Pouyanné said it was in line with the company’s “strategy of expanding its presence in the Middle East.”

“Following Total’s successful development of the second and the third phases of South Pars in the 2000s, the group is back to Iran to develop and produce another phase of this giant gas field,” Pouyanné added. Total and Iran reached an agreement for phase 11 back in 2004, but that never came to fruition.

Also weighing in on the deal, Minister of Petroleum Bijan Namdar Zangeneh praised Total and CNPC for their decision to come to the country despite “difficult conditions.”

“I hope the international companies that are still hesitating to come to Iran will be encouraged to take the leap,” the minister added.