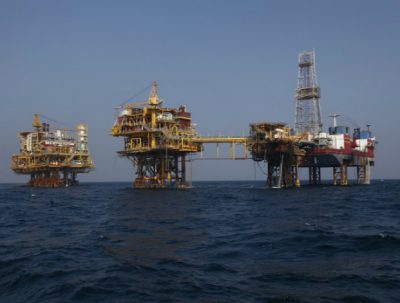 Cairn strikes pay in the Bay of Bengal

“A3-2 is the first exploration well drilled within the KG-OSN-2009/3 block,” the company statement said. “Multiple reservoir zones were encountered in the Mesozoic rift formation between the depths of 3,351-3,944 [metres] with indications of hydrocarbon[s] during drilling and formation evaluations. Downhole formation tester […] sampled oil and gas from the zones of interest.”