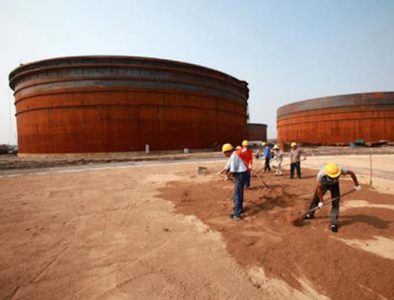 BEIJING, March 26, 2015 – A lack of available storage may force the world’s top oil importer to scale back purchases of crude.

China stepped up its crude imports last year after oil prices plunged, but its move to build strategic reserves from cheap oil has been stymied by the capacity shortage.

The president of Sinopec trading arm Unipec, Chen Bo, said on Wednesday that Chinese import demand for 2015 would likely stay flat or rise only slightly as storage is close to full.

New crude storage is being built in China, but is not available for use yet, the Unipec president said.