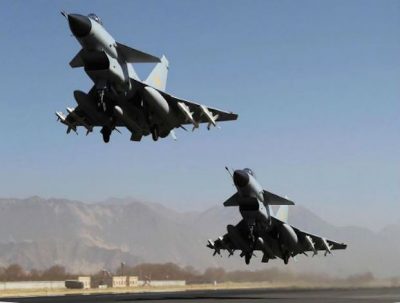 NEW YORK, March 26, 2015 – The price of Brent crude increased by nearly 6 percent on Thursday following air strikes by Saudi Arabia and its allies on rebels in Yemen.

The air strikes, which were conducted against the Houthi rebel group who were responsible for driving out the president of Yemen, could increase concerns over the security of oil shipments from the Middle East, according to Reuters.

The price of oil jumped as some traders and importers stated they were worried the air strikes were an indication that the conflict was spreading and becoming out of control in other parts of the oil-rich region.

Despite the rise, some Asian importers of oil from the Middle East were not concerned.

“Yemen is not a big supplier of oil… This could help move oil prices partly, but we do not see this disrupting actual oil supply,” said Kim Woo-kyung, a spokeswoman at SK Innovation, a subsidiary of the South Korean conglomerate SK Group.