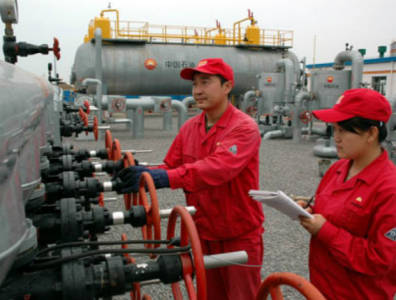 BEIJING, October 19, 2016 – China’s oil production fell 9.8% in September, according to the latest government data reported on Wednesday, which may prompt the world’s second-largest economy to overhaul its energy industry.

A potential agreement on offshore exploration in the South China Sea and promising new discoveries in a block operated by China National Petroleum Corporation in Peru are likely to accelerate this trend.

Much of the September oil production decline, which followed an unprecedented year-on-year drop of 9.9% in August, was largely due to big producers shutting down their most expensive and inefficient wells to limit costs.

Low oil prices, which have triggered significant losses for many Chinese upstream companies, are both a challenge and an opportunity.

This could also help limit global crude output and drive prices of oil back up, in turn opening up new ventures to Chinese companies.

On Wednesday morning, the Manila-based Inquirer reported that the Philippines and China would soon seal a deal to jointly explore resources in the contested South China Sea, which according to a 2010 US Geological Survey likely holds at least 750 million barrels of oil, and potentially could even top 5 trillion barrels, making it one of the world’s biggest oilfields.

Meanwhile on Tuesday, Peruvian President Pedro Pablo Kuczynski said the China National Petroleum Corporation is likely to revise its estimate of the natural gas reserves in Block 58, which it operates in the southern Amazon, from 56.6 bcm (2 tcf) to 113 bcm-142 bcm (4 tcf-5 tcf).

Pemex to farm out 2 fields
Next