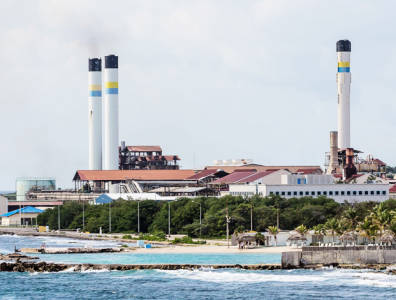 BEIJING, November 2, 2016 – Chinese oil and metals trader Guangdong Zhenrong told journalists on Wednesday it was seeking USD 5.5 billion of financing to upgrade an ageing refinery on the autonomous Dutch island of Curacao near Venezuela.

“We are discussing with China Construction Bank, China Development Bank, ICBC and Bank of China to provide the bulk of the financing. Some banks have already made detailed proposals,” Chen Bingyan, the main negotiator from the Chinese side, told Reuters.

The Chinese firm signed a memorandum of understanding in September with Curacao’s government to upgrade the Isla refinery, operated by Venezuela’s state oil company, PDVSA, and to build a gas terminal there.

Isla, built in 1918, currently has a capacity of some 335,000 bpd per day, but outdated technology has sparked environmental concerns. According to the MoU signed in September, the Chinese side is to eventually invest some USD 10 billion there.

The refinery upgrade is expected to be carried out by China’s refining giant Sinopec while the gas terminal will likely be built by CNOOC, Chen added.

Nigerian oil production back to normal
Next