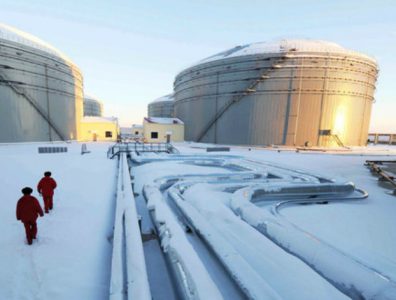 BEIJING, May 12, 2016 – China National Petroleum Corporation will begin construction of an oil pipeline to Russia in June, the company announced on Thursday. Running across a distance of almost 942 km, the new conduit is the second section of an existing pipeline connecting Mohe to Heilongjiang province’s Daqing.

From Heilongjiang, the second section will run across the Mongolia Autonomous Region before entering into Russia. The two sections have a combined capacity of 602,466 bopd. The project’s completion date is scheduled for October 2017.

Work on the 925-km section between Mohe and Daqing began in May 2009 and took 18 months to complete.

Russia: rebalancing months away
Next